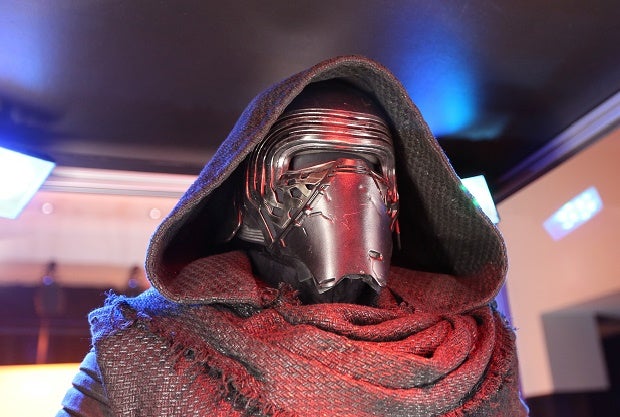 That’s a record for December, but well short of the mark for the widest rollout ever, which was the 4,465 that “The Twilight Saga: Eclipse” debuted on June 30, 2010. A final figure won’t be known until Tuesday, but at its current level, the J.J. Abrams-directed reboot would not be among the 25 widest releases ever. Both “Minions’ (4,301) and “The Hunger Games: Mockingjay -Part 2” (4,175) opened in more theaters this year.

The demand for “Star Wars: The Force Awakens” is clearly huge, but the theater count is an indicator of how different it is to open a tentpole movie in December rather than summer. Some of the most successful films of all time (“Avatar,” “Titanic,” “Lord of the Rings”) opened in December, but none hit $100 million on their opening weekend. The highest December debut belongs to “The Hobbit” which earned $84.6 million in 2012.

Also Read: 'Star Wars' Is About to Break Records for Breaking Records

Roughly 3,300 of the locations will offer 3D, and it will screen in a record 392 IMAX screens, 13 of which will show the film in 70mm. There will also be 451 Premium Large Format theaters showing it and a record 146 D-Box locations.

The screen count coming in under the all-time record is surprising given the demand for the film indicated by its advance ticket sales — $50 million three weeks ago, and likely double that now — and out-sized social media profile.  On the other hand, there are several mitigating factors.

The first is that there is some real competition out there in “Sisters,” the R-rated Amy Poehler-Tina Fey comedy from Universal, and the Fox kids movie “Alvin and the Chipmunks: Road Chip.” The raunchy comedy will be in nearly 3,000 theaters and Alvin and the gang will be in 3,600. On top of that, several films aiming for Oscar honors including “Spotlight” and “Brooklyn” are in more than 800 theaters. And there are about 400 drive-in theaters (who knew?) that close for the winter.

“I don’t know how many screens that will be,” Rentrak senior analyst Paul Dergarabedian told TheWrap. “Some theaters will have it on 20 screens and playing around the clock, but they are facing some limitations with the other two openers.”

Pre-Christmas shopping will be a factor, as last year retailers saw a significant boost during the weekend before Christmas on “Super Saturday.” And the weekend prior to Christmas is historically one of the busiest traveling periods of the year.

Box office analysts’ pencils will likely be nubs by the time they factor the theater count and the December realities into their projections for the weekend, and the chances that “The Force Awakens” can top the mark for an opening weekend of $208.8 million set in June by “Jurassic World.”

“I think the obsession with the opening weekend number is really kind of silly,” Dergarabedian said. “We just don’t know and I think the fact that we’re seeing some estimates with a $50 million range points that up.

“The key will be its long-term success, but I do think how the initial run is received and how audiences respond will have a lot to do with its overall success,” he said.

“Star Wars: The Force Awakens” will begin its second week on Christmas Day and will then have seven consecutive days where a large amount of the population will be free to head to the movies.

Disney wasn’t talking Tuesday, but insiders have said they expect the film’s second week grosses to be in the same range as its opening week. That’s largely based on the fact that around 85 percent of the nation’s students will be out that week, as opposed to 15 percent for the first week.

Neither the studio nor exhibitors were talking specifics Monday, but unscientific checks suggest there are many sellouts across the nation, especially in the largest cities and in IMAX theaters.

Theater owners continue to add screens and showtimes, however, so there are literally millions of tickets still available.