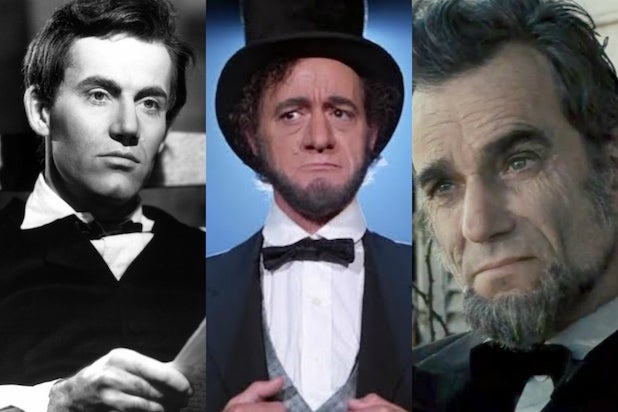 "Better to remain silent and be thought a fool than to speak out and remove all doubt." That Abraham Lincoln quote sums up the quiet, thoughtful dignity that actors have tried to portray on film for several generations now. And on screen, the 16th president has done everything from meeting Shirley Temple to fighting vampires. In honor of Presidents Day, here are some of the actors who have played Honest Abe over the years. 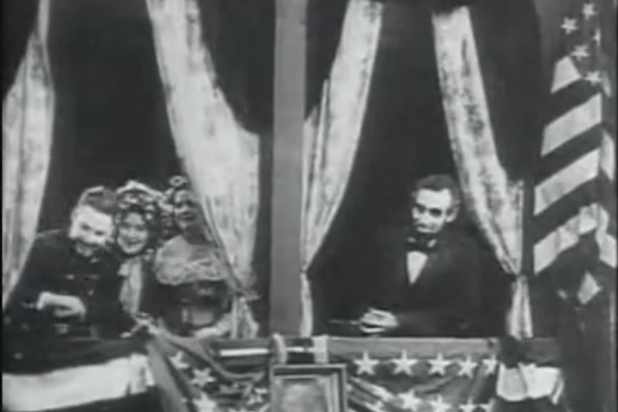 Kino Video
Joseph Henabery - "The Birth of a Nation" (1915) The racism in "The Birth of a Nation" aside, D.W. Griffith stages the assassination of Abraham Lincoln as a true national tragedy, and he does so in ravishing display, staging a scene everyone already knows but hadn't yet visualized on film, using never before seen intercutting and sweeping wide shots as John Wilkes Booth dives from the balcony to provide ravishing tension and action. 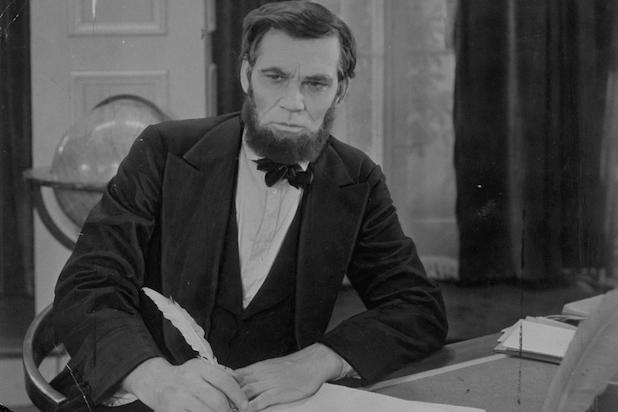 Walter Huston - "Abraham Lincoln" (1930) D.W. Griffith would revisit the Lincoln legend in 1930 with "Abraham Lincoln," which more closely follows the life of the president and culminates in his death. The film somewhat atoned for the other sins of "The Birth of a Nation," and it was celebrated in its day. But it has been looked at less fondly in recent years for its historical inaccuracies. Walter Huston also portrayed Lincoln in a 1929 short film called "Two Americans," about Lincoln and Ulysses S. Grant. 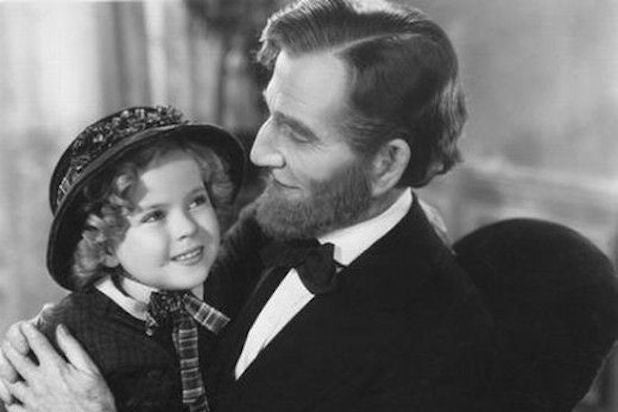 20th Century Fox
Frank McGlynn Sr. - "The Littlest Rebel" (1935) In "The Littlest Rebel," Shirley Temple plays the daughter of a Confederate soldier during the Civil War. When he's captured, Temple and Bojangles make a plea for his freedom directly to President Lincoln, with Lincoln sitting her right on the desk of the Oval Office. Lincoln doesn't tap dance or anything here, but Franks McGlynn's take on Lincoln certainly does love apples. Watch a clip here. 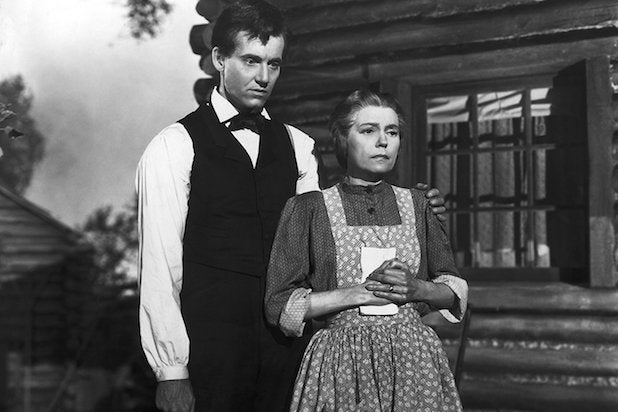 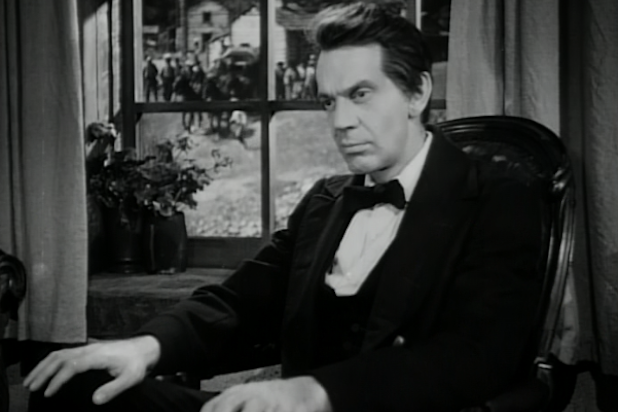 RKO Radio Pictures
Raymond Massey - "Abe Lincoln in Illinois" (1940) Massey had become synonymous with the role of Abe Lincoln, having played him numerous times in his career, following his Oscar-nominated work in "Abe Lincoln in Illinois." The film is based on a Pulitzer Prize winning play, and Massey's croaking baritone voice sounds closer to a Hollywood, idealized image. 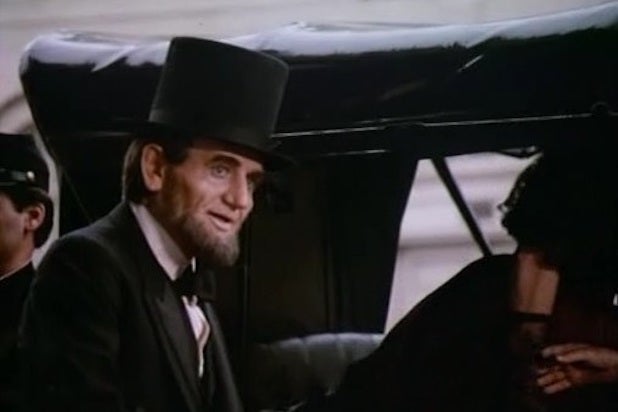 Warner Bros.
Hal Holbrook - "Lincoln" (1974) and "North and South" (1985) Hal Holbrook is another institution who Hollywood turned to time and again to play Lincoln. He acted as Lincoln during the miniseries "Lincoln" in the 1970s and would win an Emmy for his work. Fittingly, Steven Spielberg found a part for him in his 2012 film "Lincoln." 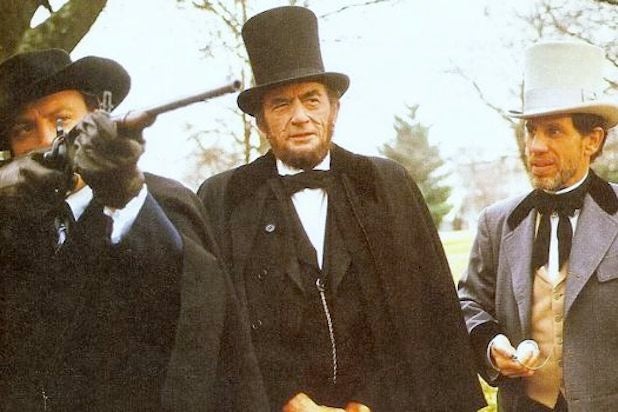 CBS
Gregory Peck - "The Blue and the Gray" (1982) Who better to deliver a stirring speech about how all men are created equal than Atticus Finch himself? Peck briefly appeared as Lincoln in the miniseries "The Blue and the Gray," and here's a clip of him nobly reciting the Gettysburg Address. 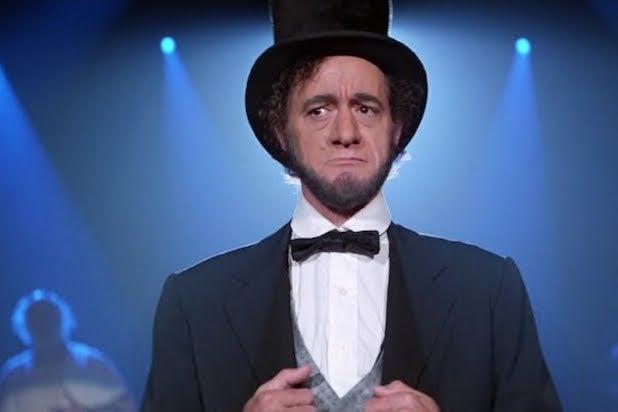 Orion Pictures
Robert V. Barron - "Bill and Ted's Excellent Adventure" (1989) "Be excellent to each other, and... party on dudes!" Truer words have never been spoken. Watch the clip here. 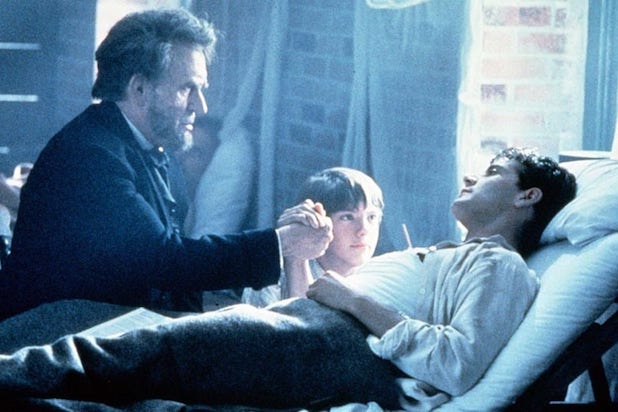 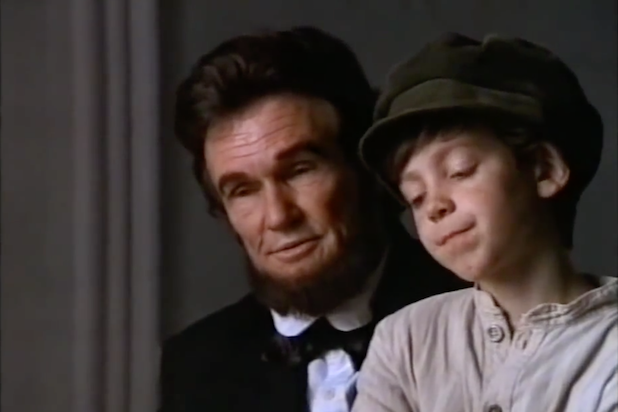 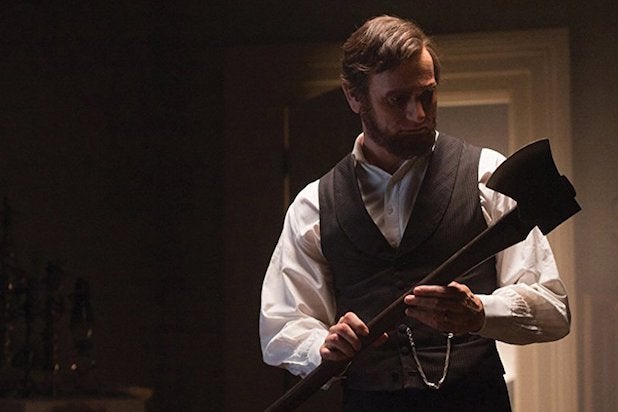 20th Century Fox
Benjamin Walker - "Abraham Lincoln: Vampire Hunter" (2012) And you thought D.W. Griffith took liberties with history. Somehow, Timur Bekmabetov made it such that Benjamin Walker wouldn't look half as badass if he weren't twirling an axe and cutting down demons without his stove pipe hat. 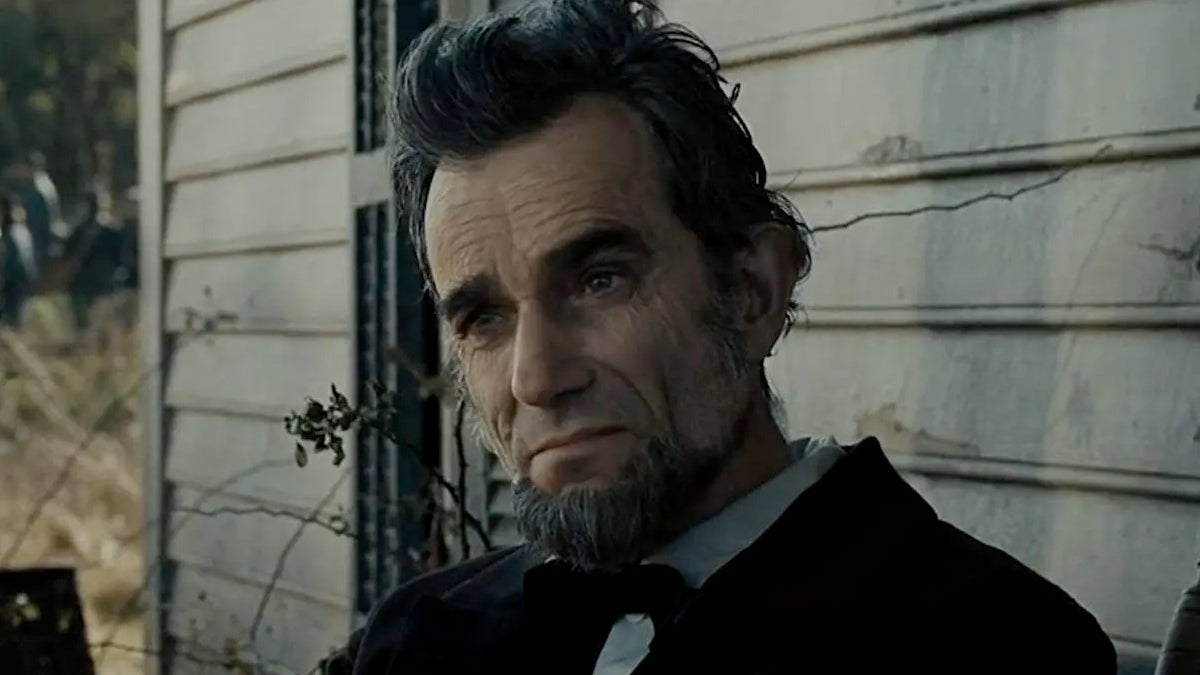 20th Century Fox
Daniel Day-Lewis - "Lincoln" (2012) Like Fonda, Daniel Day-Lewis taps into the more relaxed aspects of Lincoln's persona, even showcasing a softer side to Day-Lewis' intense method acting. Steven Spielberg highlights the sanctity of the democratic process in "Lincoln" and how Honest Abe's wise presence allowed him to broker such a landmark victory for democracy. The film is at its best when Lincoln isn't giving grand speeches but is being a father and revealing the humanity behind the iconic leader. 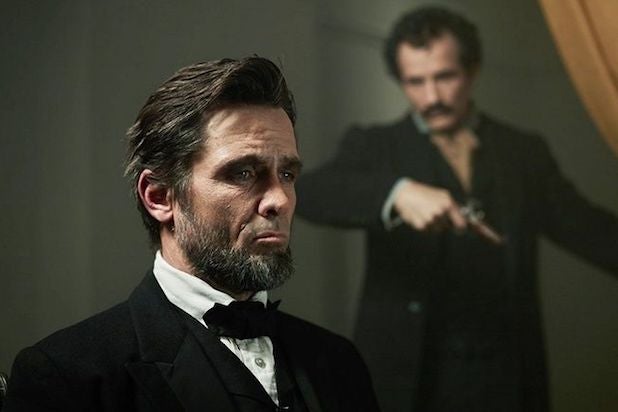 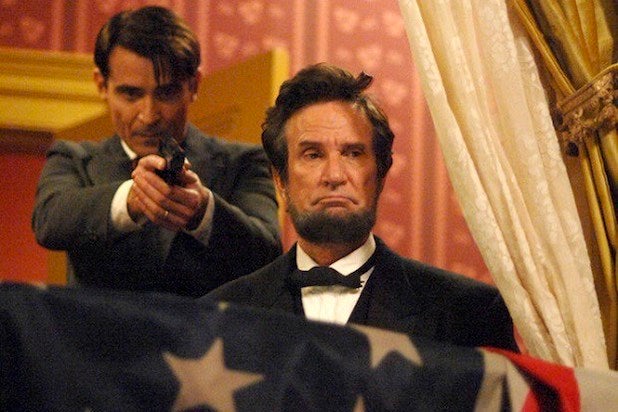 NBC
Michael Krebs - "Timeless" (2016) Michael Krebs has seven acting credits to his name dating back to 1994, and he's played Lincoln in all of them, taking advantage of his spitting resemblance on screen and stage. He most recently starred in an episode of the series "Timeless."