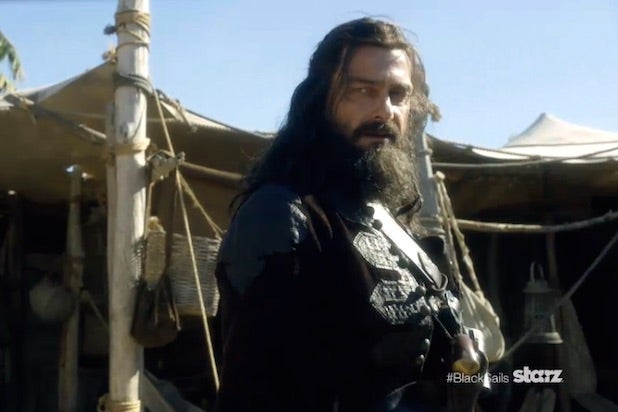 Starz released its first quarter 2015 financials on Thursday before the U.S. stock markets opened, reporting earnings per share (EPS) of $0.79 on $450.7 million in revenue. Both numbers topped industry estimates.

Wall Street had forecast EPS of $0.63 on $436.01 million in revenue, according to numbers compiled by Yahoo Finance. Zacks saw the per share earnings a penny lower.

Starz finished the quarter with 23.7 million subscribers, adding 400,000 users during this three-month period and setting another overall internal record. That total number is good enough to stay in front of Showtime; Starz trails only HBO among widely distributed flagship premium pay-TV networks.

Company revenue rose seven percent year-over-year for the most recent quarter. At the networks, a three percent growth came primarily as a result of rate increases from various distributors. On the distribution side, a sales increase came mostly from licensing certain originals to Netflix and Amazon.

Starz CEO Chris Albrecht said its all about the originals and was pleased with performances and critical reception of both “Outlander” and “Black Sails” (pictured above).

“Our programming slate is the most robust it’s ever been, and we are on track to have an expected 75-80 episodes of new originals this year,” he said. “The reception we are seeing for Starz Original series bodes very well for our efforts to fortify distribution relationships and to build Starz’s presence overseas, as underscored by the launch of the Starz Play Arabia over-the-top service. We are excited about the prospects for our business in 2015 and beyond.”

Starz previously grew its subscribers to 23.3 million by the end of 2014’s Q4 — its most ever until now — marking the first time the cable channel surpassed competitor Showtime by that metric.

The company’s earnings call is set for 1 p.m. ET on Thursday, at which point this post will be updated with any pertinent information.