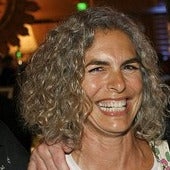 Allen helped oversee successful marketing campaigns for Oscar bait such as "Slumdog Millionaire" and "Sideways." In her over a decade at the studio, she helped Fox’s independent label acquire a reputation as a destination for quirky fare such as "Juno" and "Little Miss Sunshine," that nevertheless proved commercially successful. This year, the studio’s track record has been more spotty. For every promising awards hopeful such as "Crazy Heart," there have been the costly stumbles  "Amelia" and "Whip It," that failed to connect with both audiences and critics.

The studio maintains that Allen is leaving of her own volition to get a master’s of fine arts degree and focus on her surfing.