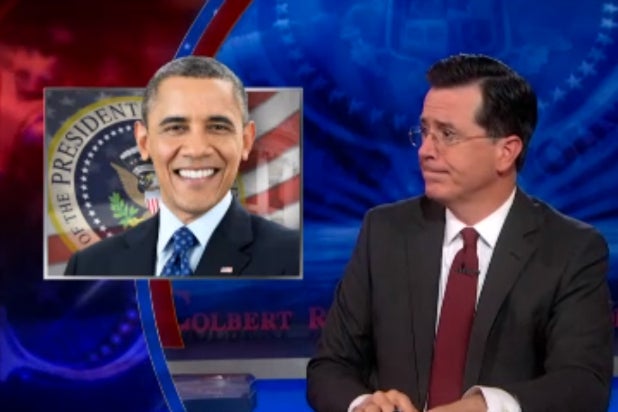 Stephen Colbert is back from vacation, which he says he spent “yelling obscenities at park rangers.”

The good news is, the government shutdown is over. The bad news? China lowered our nation’s credit rating to an ‘A-.’

“Or as Chinese parents call it, an ‘F,'” Colbert joked.

What a disaster that whole shutdown thing was. Fortunately, Fox News’ Dr. Keith Ablow knows who to blame. In perhaps the shocker of the century, it is actually not President Obama. Rather, it’s his abandoning parents.

“I mean we’ve seen this sad story too many times,” Colbert concurred. “African-Americans without role models go on to become president and give everyone healthcare.”

The “Colbert Report” host then offered his own amateur, long distance diagnosis of Dr. Ablow: