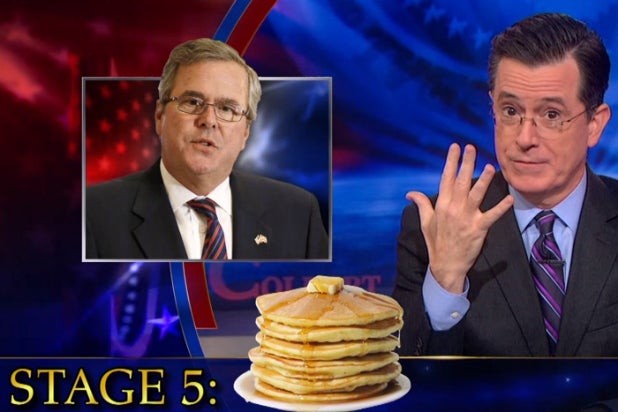 “The Colbert Report” is coming to a close on Thursday night, but for now, the show goes on — and its host had something to celebrate in his third-from-last episode ever.

“For a second it looked like ending my show in 2014 would keep me from covering the 2016 presidential race,” Colbert said on Tuesday. “But then I realized, that’s only true if I care about being accurate.”

“Lucky for me, 2016 came early this year,” the conservative character quipped.

Colbert then ran down the five stages of running for president, which thus far Bush has nailed:
1. Denial
2. Thinking
3. Acceptance (of money from donors)
4. Vacationing in Iowa
5. Pancakes