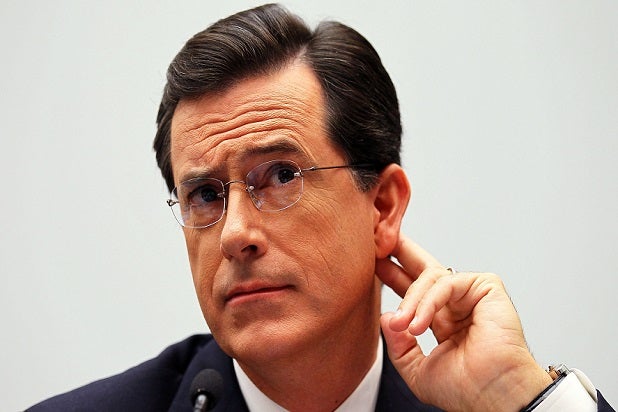 Seth Meyers won’t be the only late-night host taking the stage at this year’s Emmys.

Meyers, who’s hosting this year’s Emmy awards, will be joined by his late-night colleagues Stephen Colbert, Jimmy Kimmel and Jimmy Fallon, who have been added to the roster of presenters.

See photos: Emmy Week Party Report in Pictures: The Scene Before the Show

The trio’s shows — Comedy Central’s “The Colbert Report,” NBC’s “The Tonight Show Starring Jimmy Fallon” and ABC’s “Jimmy Kimmel Live” — have all been nominated for Emmys this year.

Also read: Emmy Host Seth Meyers Shares His TV Faves, What He Will and Won’t Do on the Big Night