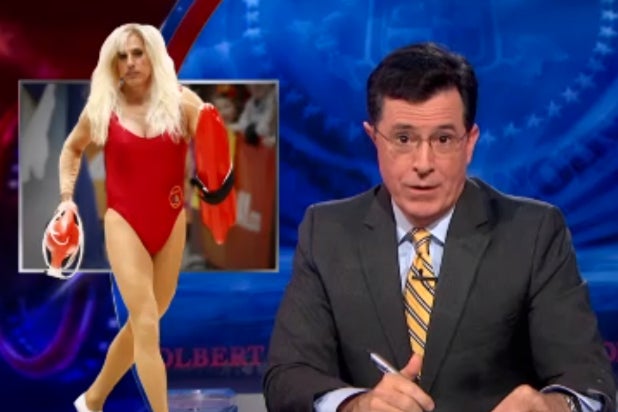 Stephen Colbert got into the Halloween spirit Thursday by dressing up in his favorite costume: “A sexy hobo who got a work ethic, pulled himself up by his own bootstraps, then got a tasteful makeover,” he described.

It sounds like he also may have stolen candy from children, which could explain the “Colbert Report” host’s holiday spirit.

Colbert appreciated many of the costumes he saw from his fellow TV personalities, minus one. The “Today” show’s Matt Lauer dressed up as Pamela Anderson‘s character from “Baywatch,” and it was not pretty.

“Halloween died when Matt Lauer dressed up as my waking nightmare,” Colbert said.

He continued, “I look forward to their next segment: ‘Where in the World Is Matt Lauer’s dignity?'”