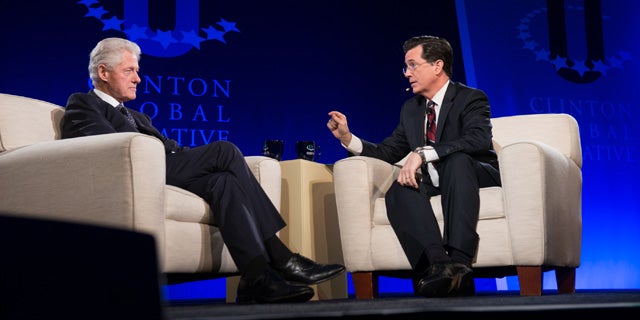 Stephen Colbert interviewed former President Bill Clinton for the first time and it was just like Comedy Central’s “The Colbert Report” host to steal the scene.

Shot live on Saturday during the final session of the Clinton Global Initiative University — a conference for college students, youth organizations, experts and celebrities to discuss solutions to global challenges. In the spirit of the conference, Colbert took it upon himself to usher Clinton into the Twitter age by creating the @PresBillyJeff account.

He did and here it is:

Just spent amazing time with Colbert!Is he sane? He is cool! #cgiu

Currently, Clinton has amassed more than 73,000 followers, but he has yet to tweet a second message. He may need a refresher course from Colbert.