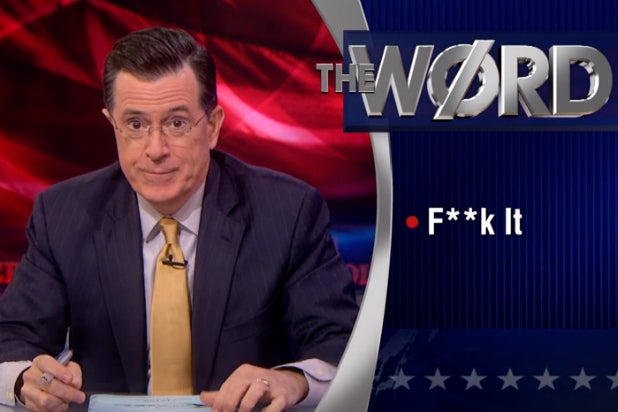 Stephen Colbert‘s super-conservative Comedy Central character is finally copping to the existence of global warming. His reaction, however, stayed pretty true to form: “Fuck it,” Colbert declared on Wednesday night’s “The Word” segment.

Global warming is bad, but doing something about it is hard. That’s a sucky conundrum, Colbert said.

It’s also a scary future: “It’s so terrifying, that it left a carbon footprint in my pants,” Colbert quipped.

See video: Colbert on #BringBackOurGirls: ‘Refreshing to See a Hashtag Campaign That Has Nothing to Do With Firing Me’

So the comedian finally began doing something about it: conserving energy, recycling, driving a Tesla. But then he found out that it’s probably too late to save the Earth, so … “fuck it.”

“What a relief,” Colbert said — he’d almost banished himself to a lifetime of effort and caring.