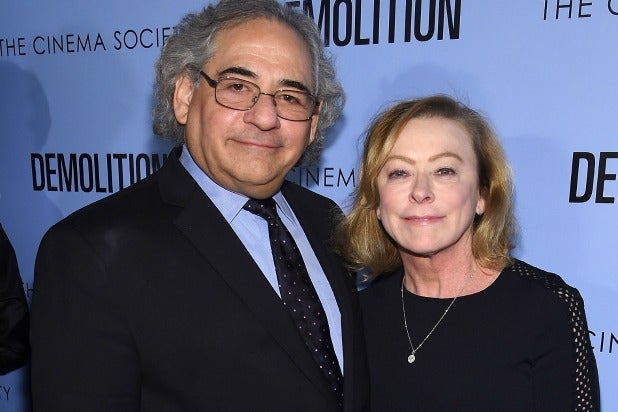 Along with the promotion, both Utley and Gilula were given new multi-year deals.

In their new roles, the pair will not only continue to oversee a specialty film business that dominated this past year’s awards season but also will shepherd a newly-created television division, the company said.

The production duties for Searchlight Television, however, will be directly overseen by Fox Searchlight’s recently-promoted presidents of production for film and TV, Matthew Greenfield and David Greenbaum.

“The collaborative and innovative partnership that Nancy and Steve have created over the years is quite simply the gold standard in all of Hollywood,” said Fox film chief Stacey Snider in a statement. “They have not only shepherded Academy Award-winning pictures and global box office successes, but also cemented Searchlight as a worldwide brand — now covering both film and television — that constantly sets the bar for the entire specialty film marketplace. It is a privilege to announce their promotions to Chairmen of Fox Searchlight Pictures, and I couldn’t be happier for Nancy and Steve on both a personal and professional level.”

The promotion comes at a critical time for Fox, as the studio prepares to be absorbed by Disney as part of its $71.3 billion acquisition of parent company Fox’s film and TV entertainment assets.

Disney and Fox shareholders are set to vote on the deal July 27.

Utley and Gilula have been partners at Fox Searchlight for more than 18 years, serving as joint presidents of the division since 2009.

The pair first collaborated on the 1999 film “Boys Don’t Cry,” which won Hilary Swank her first Oscar. Since then, Gilula and Utley have overseen the release of 150 Fox Searchlight productions and acquisitions, garnering a combined 36 Academy Awards and earning 132 Oscar nominations – including 15 best picture nods.

Fox Searchlight, under Utley and Gilula’s watch, also has four of the past 10 Oscar winners for Best Picture.

On top of the awards recognition, Fox Searchlight’s films have topped $5 billion worldwide at the box office under Utley and Gilula.

“We are honored to continue the work of Searchlight, in collaboration with our brilliant filmmakers, aided by our extremely talented, hard-working and passionate staff, and with the deeply-appreciated support of Stacey and all our Fox colleagues,” Utley and Gilula said in a joint statement.

Before joining Fox Searchlight, Gilula served as President and CEO of Landmark Theatres, which he co-founded in 1974. He grew the company from one screen to a national chain of more than 140 screens. He also spent five years on the board of directors and executive committee of the National Association of Theatre Owners.

Utley has served in a variety of capacities for Fox, developing campaigns for films such as “Independence Day,” “There’s Something About Mary,” “Mrs. Doubtfire” and the “Star Wars” trilogy. As executive vice president of marketing, Utley oversaw all aspects of media, research, publicity and promotion for Fox’s theatrical releases.

Fox Searchlight’s upcoming releases include “The Old Man & The Gun,” “Can You Ever Forgive Me,” “The Favourite,” “The Aftermath,” Wendy,” Tolkien” and JoJo Rabbit.”