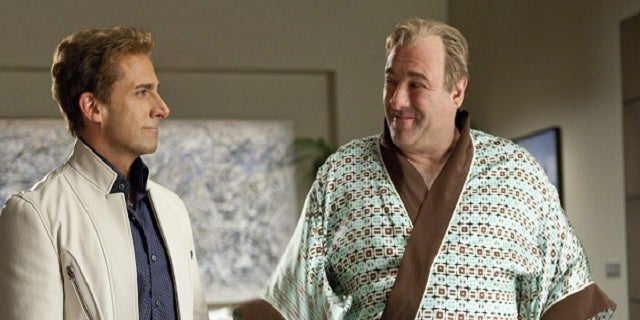 Fresh off of working their magic on the big screen in "The Incredible Burt Wonderstone," Steve Carell and James Gandolfini are tackling the alluring world of paleontology for television.

"Burt Wonderstone" co-stars Carell and Gandolfini will star as rival paleontologists Edward Drinker Cope and Othniel Marsh in "Bone Wars," which is currently being developed by HBO Films.

Set in the post-Civil War birth of American science, "Bone Wars" — billed as a "sophisticated comedy" — chronicles the real-life, decades-long rivalry between Marsh and Cope, which led to the discovery of more than 160 dinosaurs and the pair's mutual downward spiral.

Deadline first reported the news of the "Bone Wars" project.