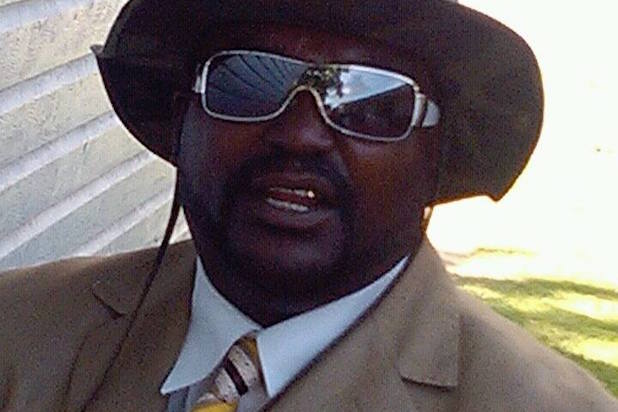 Steve Harvey, Meek Mill, Trey Songz, D.L. Hughley and many others took to social media to express their outrage at the fatal police shooting of Terence Crutcher, an unarmed 40-year-old black man.

Tulsa, Oklahoma police released video footage on Monday of Crutcher being shot and killed by a white officer after police responded to a stalled vehicle on Friday. The video has since gone viral and ignited backlash over the continuing disproportionate rate of police brutality against black men.

“I just seen a terrorist survive a shootout with police after blowing some s— up and later on that day a black man shot down for no reason at all,” Philadelphia rapper Meek Mill posted on Instagram Tuesday.

His thoughts were accompanied by a photo of Crutcher beside which he also stated that he “never believed in America,” citing multiple reasons for his lack of faith in the country.

I JUST SEEN A TERRORIST SURVIVE A SHOOTOUT WITH THE POLICE AFTER BLOWING SOME SHIT UP AND LATER ON THAT DAY A BLACK MAN SHOT DOWN FOR NO REASON AT ALL! “I NEVER BELIEVED IN AMERICA” THE LAND WHERE THEY WILL TAKE YA HOUSE AND PUT YOUR KIDS OUT ON THE STREETS FOR SOME OWED TAX MONEY….. WHERE THEY GIVING OUT 30 YEARS SENTENCES FOR NON VIOLENT CRIMES TO MOSTLY BLACK OFFENDERS ” I DONT THINK I WILL EVER VOTE,THAT STUFF NEVER FELT LIKE IT WAS FOR ME OR MY PEOPLE FROM WHERE THEY GIVE POOR PEOPLE MILLION DOLLAR BAILS AND SAY INNOCENT UNTIL PROVEN GUILTY!!! FROM WHERE THEY SAY FREEDOM OF SPEECH BUT WILL GIVE YOU A 100 YEARS ABOUT A PHONE CONVERSATION WHERE THE WORLD EQUAL DOSENT EXSIST! THEY JUST TOOK MY FRIEND FREEDOM FOR SMOKING WEED ON PROBATION……. AND THIS COP THAT KILLED THIS MAN/FATHER GOING HOME TO BED TONIGHT?????

Many others echoed his sentiments, wondering how Ahmad Khan Rahami, the man who is suspected of carrying out bombings in New York and New Jersey this past weekend, was able to survive a shootout with police but Crutcher was shot and killed with his hands up.

“A bomber, literally a terrorist, shoots it out with the cops and is safely detained yet this unarmed black man is shot down like so many others,” Trey Songz wrote.

The “Chapter V” artist also made a point to reference all the critics of Colin Kaepernick’s choice to sit out the national anthem.

“Can you not see why Colin Kaepernick says f— your national anthem?!” the singer wrote.

Now let all the racists come forth and say that racism doesn’t exist. Those who will make a reason for why this man was shot and killed. Fuck you! Can you not see why we shout BLACK LIVES MATTER! Can you not see why Colin Kaepernick says fuck your national anthem?! A bomber, literally a terrorists, shoots it out with the cops and is safely detained yet this unarmed black man is shot down like so many others. If you don’t see the problem, you are the problem. #prayformypeople

Comedian D.L. Hughley also called out, by name, people who were opposed to Kaepernick’s protest.

“All the people from Jerry Rice to Jason Whitlock to Ray Lewis to Rodney Harrison who were so upset about Colin Kaepernick not standing up, I wish all of them were just as upset about Terence Crutcher getting shot down,” Hughley said in a video. “Because as I recall, that’s how this whole s— started.”

“Family Feud” host Steve Harvey wondered how four officers couldn’t simply tackle an unarmed man and had to resort to shooting him.

“How four people got to start shooting one unarmed man,” said Harvey in a video posted to his Twitter. “This is crazy, this country losing it.”

Crutcher’s death is the latest in a string of police shootings of black men. Earlier this summer, Alton Sterling and Philando Castile made headlines in Minnesota and Louisiana, respectively, when they were killed by police.

According to a Washington Post’ database that tracks police shootings, Crutcher is one of 162 black men to have been killed by law enforcement officers this year.

Good morning America. In case they’re still wondering why we say #BlackLivesMatter… Damn. How I wish that the outrage from a man taking a knee during a song would match the outrage of another life being ripped from under us. How I wish that you would love this country enough to actually acknowledge what’s wrong with it and help fix it. How I wish that the truly good people would show their faces. How I wish that the men and women in uniform who actually ARE good and are here to protect and serve would stand up and acknowledge these executions. Is this what you want to represent your firm of officers? I believe deep down inside my heart that the majority of people are profoundly good. God I just wish you would all show up and prove it. #TerenceCrutcher ✊????????????✊????

I ain’t pledging to SHIT!!!! America continues to remind US this ain’t OUR country… It’s Theirs & they ain’t sharing it!!!!! Therefore….. It’s #USorELSE #RIPTerenceCrutcher????????

So tired of seeing these videos. When do the people who pay taxes get protection? #TerenceCrutcher pic.twitter.com/MkVH2F7js5

I wish Americans were as upset @ #TerenceCrutcher gettin shot DOWN as they r @ #Kaepernick not standing UP! #TeamDL pic.twitter.com/vpGn0kRErS

This requires everyone's outrage. It needs to stop. https://t.co/fYji4fixeA

A terrorist can be taken away alive after a shootout while #TerenceCruthcher is shot dead with no physical action taken. Mind boggling

They find a bomb suspect and put him on a stretcher while an innocent man who's car broke down gets SHOT AND DIES?!! HOWW!! Plz tell me how!

we are all one bullet away from becoming a hashtag.. #TerenceCruthcher

so all you you "mad at national anthem kneelers" w verification checks—-yall got another 2 cents for #TerenceCruthcher or nah?

Do we need to carry a printed card that says "Officer, I am a law-abiding citizen. Please don't kill me." #TerenceCruthcher #NoMoreHashtags

How the helicopter pilots profile him from the sky?! Disgusting. #TerenceCruthcher