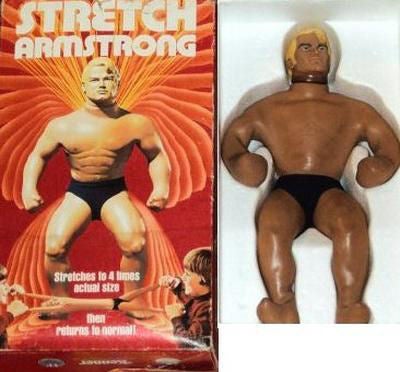 Stoller and Letterman have worked together recently, with the former writing the screenplay for the Letterman-directed “Gulliver’s Travels,” which is due out from Fox later this year.

Stoller also wrote and directed “Get Him to the Greek,” the upcoming Russell Brand-Jonah Hill comedy for Universal. He directed 2008’s “Forgetting Sarah Marshall” for the studio as well.

Based on a popular Hasbro toy, “Stretch Armstrong" is being produced by Brian Grazer and Imagine Entertainment’s Kim Roth, as well as Hasbro’s Brian Goldner and Bennett Schneir.

The film is due out in 2012, but no production start date has been announced.