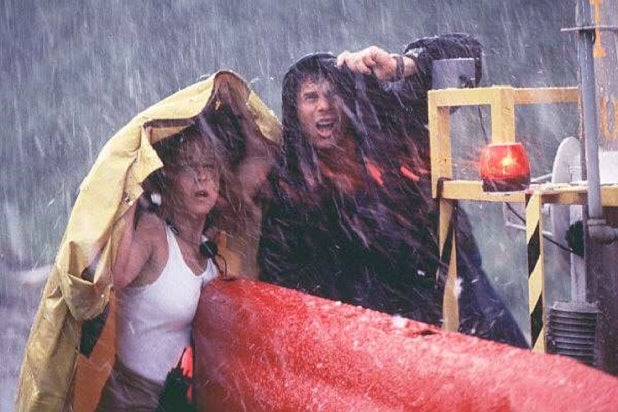 One of the most creative tributes to Bill Paxton following his death on Sunday was made by a team of storm chasers, who paid homage to Paxton’s famous portrayal of their profession in the 1996 disaster film “Twister.”

The tribute was created on the Spotter Network, a website used by storm chasers to report and track tornadoes and storms in the United States. The network helps storm chasers and meteorologists coordinate and better prepare for severe weather.

In ‘Twister,” Paxton played Bill “The Extreme” Harding, a former storm chaser turned weather reporter who finds himself dragged back into his old life by his ex-wife, Jo (Helen Hunt), who is still chasing storms due to the trauma of losing her father in a tornado when she was a child.

The storm chasers used the system to spell out Paxton’s initials with dots signifying storms. The initials were centered around the town of Wakita, OK, where “Twister” was set.

Though it was too late to include Paxton in the “In Memoriam” section of last night’s Academy Awards, Jennifer Aniston acknowledged his passing while introducing the montage of recently deceased filmmakers. Other stars, including Paxton’s longtime collaborator James Cameron, have paid tribute to Paxton on social media. He was 61.