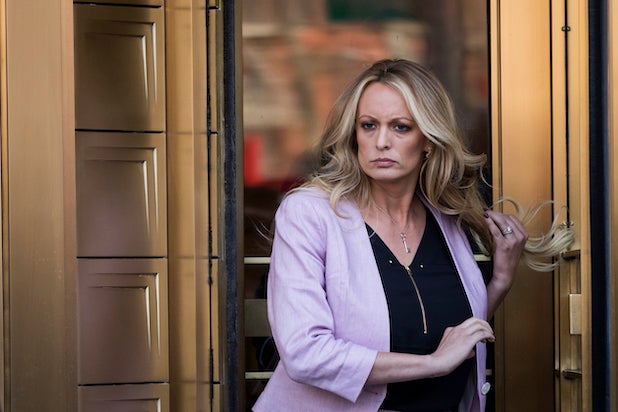 Stormy Daniels will have to pay President Trump $292,000 in attorney fees and another $1,000 in sanctions in connection with Daniels’ dismissed defamation suit against Trump, a California judge ruled Tuesday.

Trump’s lawyer, Charles Harder, said the fees amounted to 75 percent of Trump’s legal expenses in the case, and that an additional $1,000 fine was the result of Daniels’ “meritless” defamation suit against the president.

Michael Avenatti, who represents Daniels, pushed back on Harder’s claim, telling TheWrap in a statement: “Harder is full of s— just like Trump. They received less than one half what they asked for because the request was gross and excessive.”

Avenatti went on to say that “Stormy will never half [sic] to pay a dime because they owe her over $1 million in attorney’s fees and costs from the main NDA case, especially in light of Cohen’s guilty plea.”

Earlier this month, Harder asked the U.S. District Court for almost $800,000 in attorneys’ fees and penalties in the case, according to CNBC.

Daniels, whose legal name is Stephanie Clifford, said she had sex with Trump in 2006.  The White House has denied the two ever had sex.

In October 2016, Michael Cohen, Trump’s long-time personal lawyer, paid Daniels $130,000 in hush money to keep her from telling her story publicly. Cohen admitted to arranging the payment at Trump’s direction.

Daniels sued Trump for defamation after he said she lied about being threatened by a man at a Las Vegas parking lot who she said told her to keep quiet about her supposed affair with Trump.

“A sketch years later about a nonexistent man. A total con job, playing the Fake News Media for Fools (but they know it)!” Trump tweeted in April.

A judge dismissed Daniels’ case in October, saying that Trump’s missive was protected by the First Amendment.

Daniels has another lawsuit against Trump that seeks damages in connection with a non-disclosure agreement she has with the president. That lawsuit is still pending.