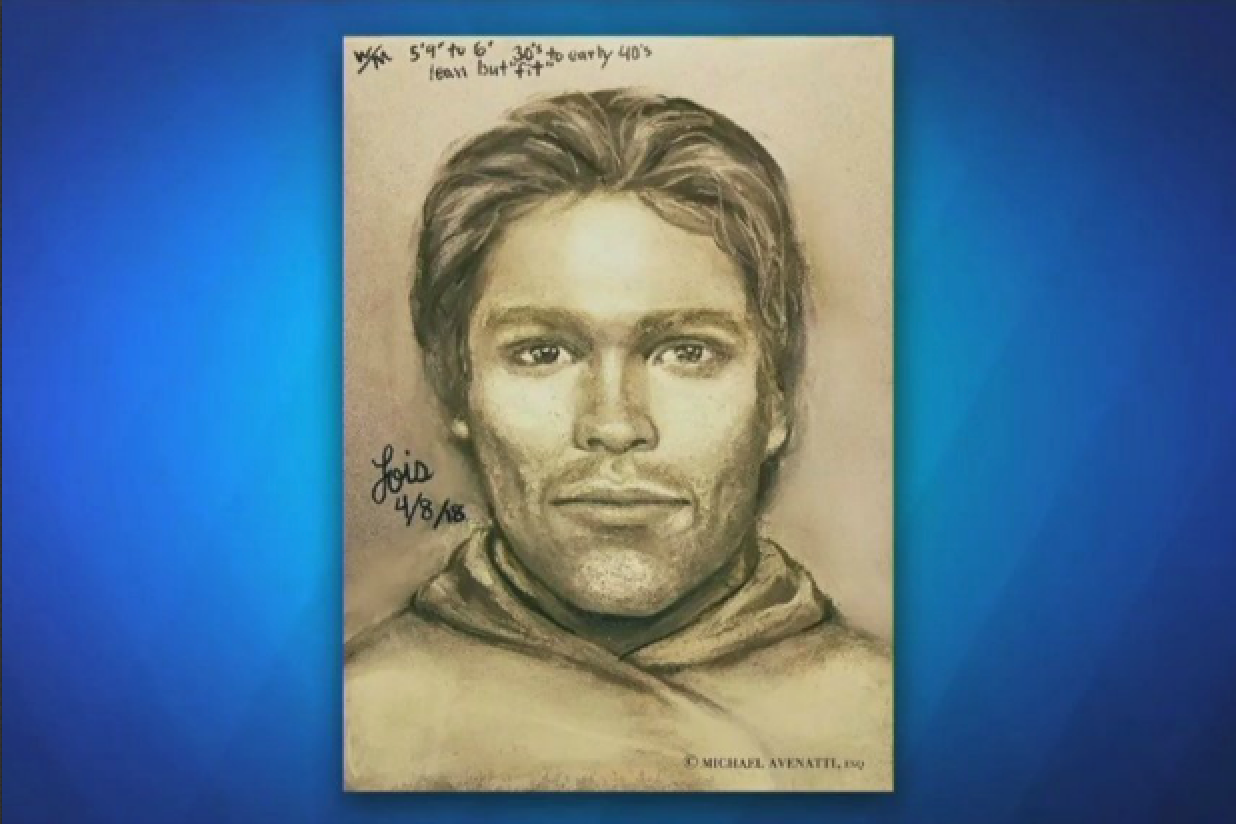 It’s been said that a picture is worth 1,000 words — and Stormy Daniels’ sketch of the man she says threatened her, also seems to be worth 1,000 Twitter theories.

Adult film star Stormy Daniels revealed a sketch of a man she says threatened her to keep quiet over her claim to have slept with Donald Trump on Tuesday, sending the amateur sleuths of Twitter into a frenzy as they rushed to identify the mystery man.

OK, so they made a bunch of jokes about who the guy resembles. But still, the theories were intriguing.

More than one commenter likened the alleged threat-monger to New England Patriots quarterback Tom Brady, who has expressed his support for Trump in the past.

Internet gossip maven Perez Hilton likewise made his way into the lineup, as did the titular serial killer from the Showtime drama “Dexter.”

Though it was a bit of a stretch, another social-media sleuth suggested that former first lady Michelle Obama could also be the culprit.

An equally iffy proposal: Rosie O’Donnell, whose relationship with Trump has been famously contentious over the years.

Mark Hamill was also thrown into the mix, though the “Star Wars” actor was quick to point out, “I have an alibi for that day.”

Feel free to offer your own theories in the comments section, after perusing the Twitterati’s suggestions below.

i see nothing else pic.twitter.com/dZzZHIPjdO

Stormy Daniels sketch of man who threatened her in 2011…and Tom Brady in 2011. pic.twitter.com/oRCyDLVSSr

So the case of the man who threatened Stormy Daniels was easy to solve. pic.twitter.com/AhHtyMyVXj

Stormy Daniels give police a sketch of man that threatened her???? pic.twitter.com/DBoiniMlKB

Stormy Daniels’ lawyer released the sketch of the man who threatened her… Of course it’s unveiled on “The View” ????
I knew Michael C. Hall had skeletons… (Dexter) pic.twitter.com/3qLufXQP4H

Breaking: Acting on the tip from Stormy Daniels’ sketch (on the left) the police have made a quick arrest and apprehended what they believe to be a perfect match for the description. (on the right) pic.twitter.com/1MoGLqPjDT

Uncanny resemblance of the man who threatened Stormy Daniels. pic.twitter.com/NZWrsAZq3T

Stormy Daniels sketch of man who threatened her in 2011 … Pretty close match … pic.twitter.com/aO5OcLhWRE

The Stormy Daniels guy looks like he was sent from the future to rescue Sarah Connor and then got really sidetracked pic.twitter.com/6A5w1iYozw

Here’s the sketch of the man Stormy Daniels says threatened her several years ago over Trump claims, but I have an alibi for that day. pic.twitter.com/2uBAoo85BP