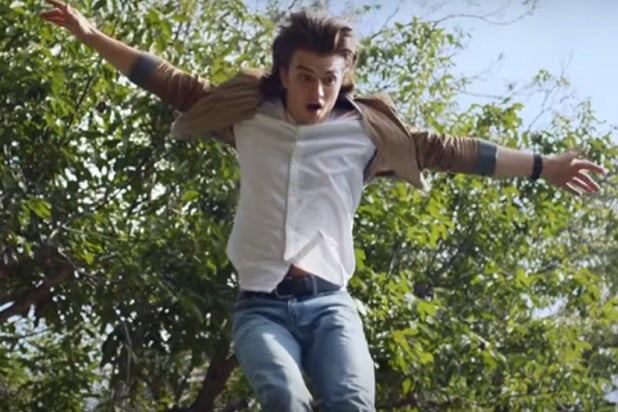 Looking for a double dose of ’80s nostalgia? Yeah, we’ll take a slice of that. .

In the nostalgic commercial, Keery reenacts an iconic scene from the 1986 classic “Ferris Bueller’s Day Off,” when Ferris (Matthew Broderick) makes a mad dash home to avoid being caught playing hooky.

In this case, Keery is making the obstacle-filled run in order to greet the pizza delivery guy.

“See our spin on the iconic race home scene from ‘Ferris Bueller’s Day Off”‘ with Joe Keery. Because with Domino’s Tracker, you know when to expect your pizza. You just have to be there to get it,” the description of the video reads.

Watch the reenactment in the video. Because clever advertising moves pretty fast. If you don’t stop and look around once in a while, you could miss it.