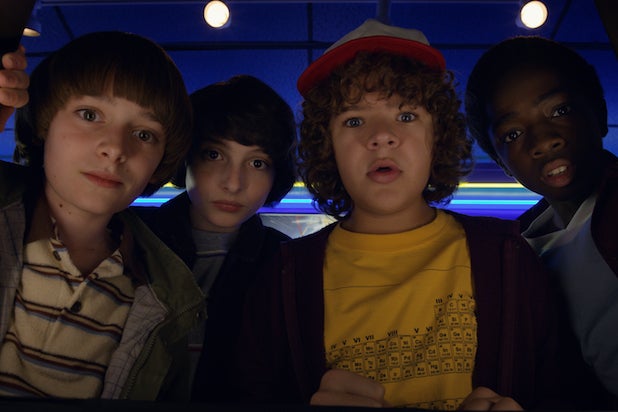 The video game company Telltale Games announced plans to develop a game based on the hit science fiction series “Stranger Things” in partnership with Netflix on Wednesday.

The game will be published to “consoles and computers at a later date,” according to the @telltalegames account on Twitter.

The first season of “Stranger Things” was released in the summer of 2016 to both critical acclaim and overnight popularity. A second season followed in October 2017, and a third season is currently in production. The series was created by the Duffer Brothers, and its cast includes Winona Ryder, David Harbour, Millie Bobby Brown and Finn Wolfhard.

The show has already been made into several video games, including a popular app for iPhone and Android titled “Stranger Things: The Game,” which takes the form of a 16-bit, role-playing retro puzzle game.

Telltale Games was founded in 2004 and is best known for its graphic adventure game series, including a breakout game based on AMC’s “The Walking Dead,” as well as series based on “Batman,” “Guardians of the Galaxy” and “Jurassic Park.” The company also announced on Wednesday that they will release a series based on Minecraft in the fall.

Although the company has not released more details on the “Stranger Things” game as of Wednesday afternoon, fans were quick to react to the news with excitement.

THANK GOD IT'S IN GOOD HANDS!

holy crap this is amazing! pic.twitter.com/zlokGT9s7P

Netflix did not immediately respond to a request for comment.