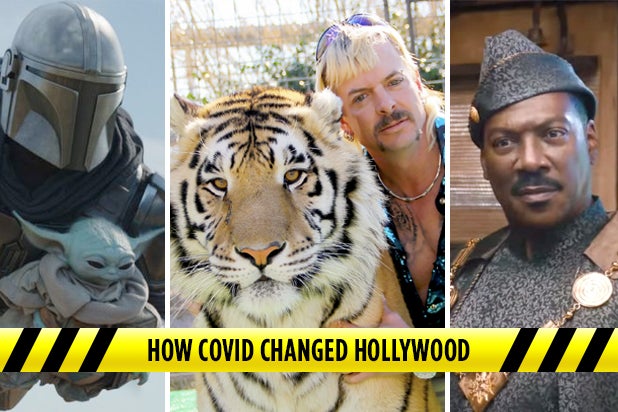 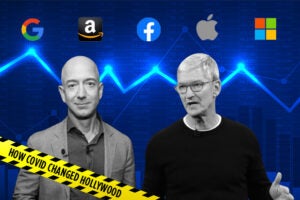 How COVID Changed Hollywood Special Report: ”No one really cares that much anymore about the traditional bundle. It has already been written off for dead,“ one analyst says

When Disney+ launched in 2019, even the most optimistic person in the Magic Kingdom would have not have predicted its subscriber count would be in the triple digits before its 18-month birthday. But with the pandemic keeping everyone at home, streaming turbocharged its takeover of the entertainment business.

Streaming’s swallowing of the pay-TV bundle is irreversible and will continue to change a business model that has endured for decades.

Amid stay-at-home orders that dovetailed with declining TV production and the debut of streaming services like Peacock and HBO Max (the less said about Quibi the better), the pay-TV business suffered massive losses. All told, there were 6 million fewer households by the end of 2020 that were subscribed to some sort of cable or satellite package, representing a 7.3% loss in terms of total subscribers.

Penetration, the percentage of U.S. homes that are subscribed to a cable package, fell to around 60%, a level not seen since the early 1990s.

But those from the traditional TV side will argue that we shouldn’t bury them just yet, arguing that the pace of decline is starting to slow, giving hopes that some sort of equilibrium will soon be reached.

“We actually are seeing, year-to-date, a slowing of the subscription decline. There’s been kind of a market slowing versus the last two years. So, yes, continued migration, continued disruption, but at a slower pace,” Peter Olsen, A+E Networks executive vice president of ad sales, told TheWrap.

In an earlier March report, Nathanson analyst Craig Moffett predicted that live sports and news will “continue to be decoupled” from scripted entertainment, which is increasingly moving towards streaming. “They were bundled together for so long only because the economics of physical distribution once upon a time demanded that it be so. With the economics of distribution now changed, each is finding its own separate path,” he wrote.

It’s not only TV that streaming is coming for: The closure of theaters got many people very comfortable with watching new movies from their living room. Films that had been earmarked for theaters were rerouted for streaming, including high-profile sequels to “Wonder Woman,” “Borat” and “Coming to America.”

Over the past few years, the ground had already been shifting under the TV business. Traditional TV ratings were getting smaller and smaller as more people were shifting their viewing habits to Netflix. Then in a week-long span in early March, the pandemic scrapped the week-long TV party known as the Upfronts and benched live sports for a few months. Both symbolically and actually, the old TV business lost two major pillars right away.

Even when they eventually returned, live events, including sports, saw fewer people than ever before return along with them. It’s a safe bet that sports ratings will rebound as arenas start to fill up. The NBA’s TV ratings, which cratered during last year’s pandemic-disrupted season, have bounced back this season. But ratings for award shows like the Emmys and Golden Globes are causing an existential crisis.

Over the past year, WarnerMedia, NBCUniversal and Disney all restructured their businesses that deprioritized TV networks in favor of streaming, tossing overboard some very accomplished executives in the process.

Disney has been hemorrhaging money because of the pandemic. It’s profit from the last quarter of 2020 plummeted from more than $2 billion from the same period in 2019 to $29 million. And yet, investors don’t seem to be bothered, thanks to the runaway success in the early days of Disney+. If that doesn’t herald how the industry views the new, post-pandemic world, we don’t know what else would.

“Media stocks have moved broadly higher. Because, well, because no one really cares that much anymore about the traditional bundle,” Moffett and Nathanson wrote. “It has already been written off for dead.”