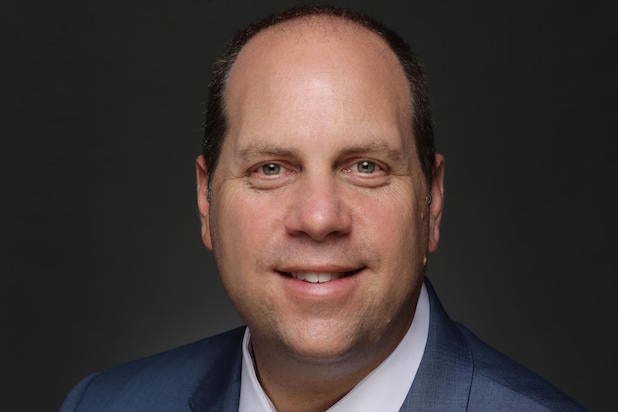 Veteran music executive Jason Markey has joined STX Entertainment as executive VP and head of music, it was announced Monday by STX chairman Adam Fogelson and COO Thomas B. McGrath.

In his new role, Markey will oversee all aspects of music including production of film scores and development of soundtracks for the studio. He will work with STX’s filmmakers to curate and source songs and develop original music for 12 to 15 movies each year.

“Jason is truly one of the best and brightest at helping filmmakers marry the right music to the right movie or scene. Our studio is lucky to have someone with his understanding of the business and deep appreciation and love for so many genres and artists,” said Fogelson.

“Jason is one of the few music executives in this town who has worked on soundtracks while collaborating with almost every studio. He has an extraordinary range of relationships built over many years and he will be a wonderful creative asset to our business, our filmmakers and our entire production team,” added McGrath.

For the past six years, Markey served as executive VP of music & soundtracks at Relativity Media, where he helped establish a division that developed soundtracks with nearly every studio, including DreamWorks, Sony, Universal, 20th Century Fox, Focus Features, HBO and many others. He oversaw more than 65 soundtracks and supervised music for a wide range of film and television titles including “Dallas Buyers Club,” “Bridesmaids,” “Act of Valor,” “Safe Haven,” “Banshee,” “Free Birds,” “Like Crazy,” “The Fighter” and the “30 Rock” soundtrack.

Also Read: STX Entertainment Chief Robert Simonds on Why He's Spending $750 Million Making Movies This Year: 'We Believe in It'

Many of the songs and soundtracks Markey has overseen throughout his career have received critical acclaim, including the Colbie Caillat & Gavin DeGraw heartbreaker “We Both Know” from the film “Safe Haven,” which received a Grammy nomination in 2013. Earlier this year, Relativity earned their first Oscar nomination for the Diane Warren ballad “Grateful,” performed by Rita Ora from “Beyond The Lights.” Other career stand-outs include developing Chris Cornell‘s “The Keeper” and Keith Urban’s “For You,” both of which received Golden Globe nominations in 2012. He also worked on Abel Korzeniowski’s score to “A Single Man,” which won the Best Discovery Award at the World Soundtrack Awards in 2010.

From 1999 through 2009, Markey was the GM of Immortal Records, an independent record company based in Los Angeles, where he oversaw the day-to-day operations of the label. During his time at Immortal Records he signed and developed artists such as 30 Seconds to Mars and Velvet Revolver. Prior to Immortal Records, he was at Arista Records in their A&R Department, where he worked alongside music legend Clive Davis, as well as with many talented musicians including Sarah McLachlan, Patti Smith and with Carlos Santana on his platinum album “Supernatural.” Markey ultimately was recruited to become A&R Director for American Recordings, where he worked directly with Rick Rubin.  Markey began his career at MCA Records in 1990.