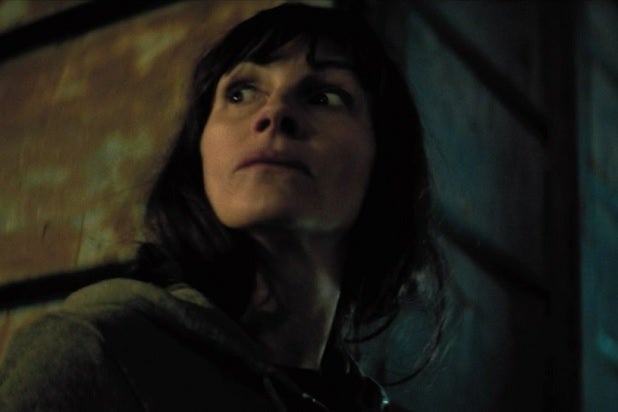 Chiwetel Ejiofor, Nicole Kidman, and Julia Roberts star in the film, which had been slated for release on Oct. 23 before STX moved it to the weekend prior to Thanksgiving.

Adapted from Juan José Campanella’s 2010 Oscar-winning foreign language film, “Secret In Their Eyes” was produced by IM Global along with STX.

After FBI investigator Ray (Ejiofor) finds the teenage daughter of his partner Jess (Roberts) brutally murdered, they team with the District Attorney (Kidman), and make it their crusade to bring the murderer to justice. Their passion meets cold reality, however, when they realize the murderer is a protected witness in an ongoing terror investigation, and they can only watch as he walks free.

After searching every day for 13 years, they uncover a surprising new lead that takes them on an intense pursuit of the elusive killer. No one is prepared, however, for the shocking, unspeakable secret that will reveal the enduring, destructive effects of grief and vengeance on the human soul. Interweaving past and present, “Secret In Their Eyes” is a layered mystery that explores the boundaries of justice, and asks the question, how far would you go to right an unfathomable wrong?

“Secret in Their Eyes is a smart, well-crafted crime thriller with a remarkable cast that has broad commercial appeal for adults. We launched the trailer over the July 4th weekend and have been thrilled with the response. We believe this is a time of year where our audience will be looking for quality films, and are pleased to give them this compelling date night thriller,” said Grayson.

The movie was produced by Mark Johnson (“Breaking Bad”) and IM Global’s Matt Jackson, and executive produced by Campanella.