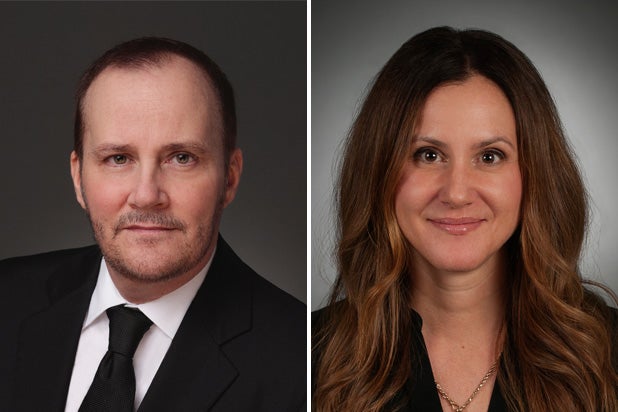 STX Films has made two significant hires in Eddie Egan, named President of Domestic Marketing, and Alissa Grayson, Co-President in the same department.

Egan has been the interim head of the department since last September, when Jack Pan stepped down. Grayson will report to Egan as the two manage staff in advertising, research, digital marketing, public relations and events.

Grayson joins the company after 22 years at Universal Pictures.

“Alissa is widely recognized and admired as a brilliant film strategist who has been elevating the marketing of movies while executing imaginative and creative PR campaigns for some of the biggest blockbusters and sleeper hits in recent memory, ” STX Films Chairman Adam Fogelson said in a statement.

“Eddie is one of the most accomplished and respected film marketing leaders working in our industry today. He is a genuine lover of film and I could not think of a more impressive partnership than uniting Alissa once again with Eddie,” he added.

After struggling with executive exits and box office misfires, STX is ramping up their slate and rebuilding its internal talent.

This week, they announced “The Happytime Murders,” with co-producer and star Melissa McCarthy. They also just began production on “Bad Moms Christmas,” a sequel to their crown jewel — the Mila Kunis comedy “Bad Moms,” which has grossed roughly $184 million worldwide on a $20 million budget.