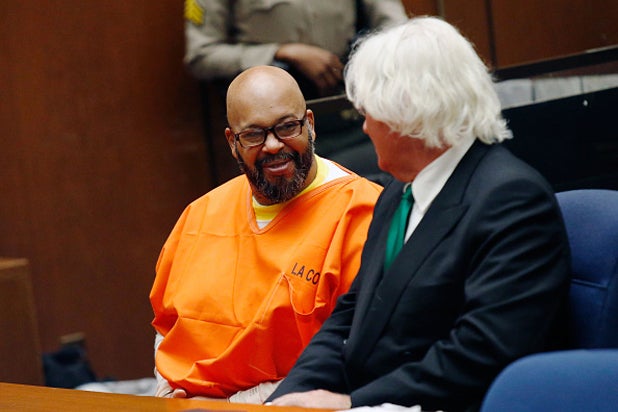 Knight is facing murder and attempted murder charges stemming from a January hit-and-run incident in Compton, California, during which he allegedly ran over Cle Sloan and Terry Carter, killing Carter and injuring Sloan. He has pleaded not guilty to the charges.

Knight’s attorney  had contended that the case should be dismissed because Sloan failed to identify Knight as the driver of the truck during an earlier hearing on the case.

Knight also appeared at a hearing for a  separate robbery case on Tuesday. In that case, Knight and comedian Katt Williams are accused of stealing a photographer’s camera in Beverly Hills.

Knight is next due in court July 17, for a hearing on his motion to reduce his bail in the murder case. He will also appear in court on Sept. 17 for a pretrial hearing  in the murder case and a preliminary hearing in the robbery case.

The former Death Row boss has also been slapped with a wrongful death lawsuit in connection to the January incident.