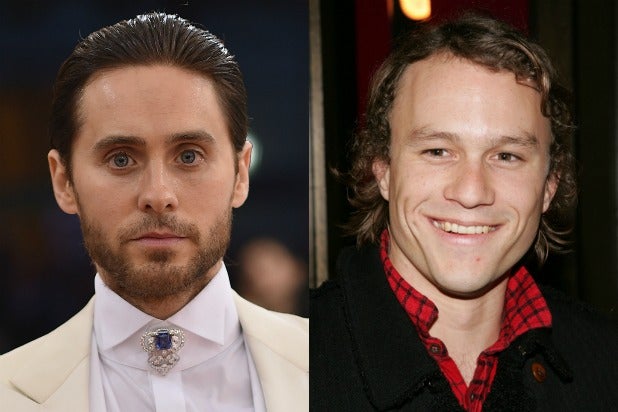 Even before Jared Leto landed the role of Joker on the upcoming “Suicide Squad,” the actor had a tremendous amount of respect for Heath Ledger‘s take on the villain — simply put, he thinks it was among the greatest performances of all time.

Despite characterizing Ledger’s turn as the Joker as “perfect,” Leto was still excited to put his own twist on the character, wanting “to go and say something else, something new, something different.”

In preparation for the role, Leto said he watched a series of violent videos, which began to impact him mentally.

“There was a point where I was researching violence and was watching a lot of things that … it’s arguable if anybody should even see,” Leto said. “And I noticed that started to have an impact on me that I didn’t like, so I stopped.”

Still, the “Suicide Squad” actor doesn’t think Joker is that bad a guy, seeing redemption where others see sadism.

“He finds things funny that other people will never. Like death. And one of the things I really loved about the Joker is that he’s an entertainer.”