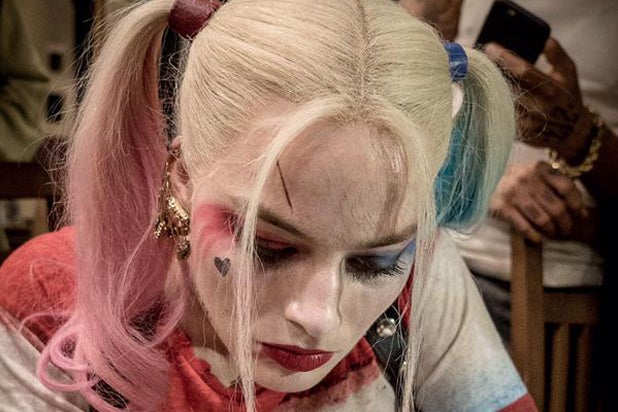 The Warner Bros. film tells the story of a shaky coalition of supervillains recruited by Amanda Waller (Viola Davis) to save the world. It also stars Will Smith as Deadshot, Jared Leto as the Joker, Jai Courtney as Captain Boomerang and Cara Delevingne as Enchantress and is due in theaters summer 2016.

Also Read: 'Suicide Squad' Explained: All You Need to Know About Supervillain Team in Under 5 Minutes (Video)

Ayer tagged his post “#skwad” and revealed the potential pitfalls of getting inked by the ditzy danger in a subsequent photo post with a misspelling crossed out.