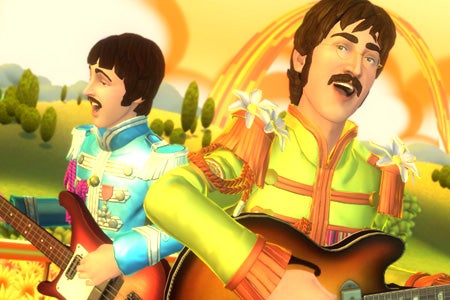 Sumner Redstone thinks the skies are brightening for Viacom.

“By keeping a sharp eye on costs while continuing to invest in programming,” Sumner said during an earnings call today, “Viacom is in a strong position to benefit as the economic clouds begin to part.”

But are they really?

The company said on Tuesday that its third quarter profits increased 15 percent — mostly due to the success of the “Beatles: Rock Band” video game and “Transformers” and “G.I. Joe” movies. This, despite advertising revenue sliding 4 percent after falling about 6 percent last quarter. “In the fall of 2009,” as All Things Digital’s Peter Kafka noted, “that constitutes pretty good news.”

Sure, Viacom’s earnings beat most analysts’ expectations – with one gushing on Bloomberg Television that Viacom’s Paramount Studio division “has some genuine hits on their hands.”

All of this is good news. But here’s the problem: Viacom’s overall revenues slid 3 percent (to $3.32 billion) during the quarter – due primarily to the global advertising slump. Meaning that it took Paramount’s reported $69 million turnaround to offset another icy quarter for ads. To date, Viacom’s revenues are down 8 percent, and profits are actually down 15 percent through the first nine months of the year.

And Viacom can’t bank on a “Beatles: Rock Band” every year. (Or can they?)

Nonetheless, chief executive Philippe Dauman said he was cautiously optimistic the advertising part of the equation will turn around, too.

"Over the course of the third quarter, we started to see some of the negative economic trends that we’ve all been dealing with begin to attenuate," Dauman said. "While I expect the road to recovery will be a bumpy one, I do believe the economy, particularly in the U.S., now is moving in the right direction.”