“Me and Earl and the Dying Girl” won the Grand Jury Prize and U.S Dramatic Audience Award at the 2015 Sundance Film Festival’s award ceremony on Saturday.

“Earl and the Dying Girl,” written by Jesse Andrews and directed by Alfonso Gomez-Rejon, is a coming-of-age drama based on Andrews’ own novel that follows a high school student befriending a classmate with cancer. Thomas Mann, Olivia Cooke, Jon Bernthal, and Nick Offerman star in the tearjerker Fox Searchlight bought earlier this week. The film was acquired by Fox Searchlight after a bidding war.

Me and Earl and the Dying Girl

“Wolfpack” tells the story of brothers locked away from society in an apartment on the Lower East Side of Manhattan. They learn about the outside world through the films that they watch, and spend their time re-enacting their favorite films using elaborate homemade props and costumes. Magnolia Pictures acquired the worldwide rights to the film on Thursday.

“I f–king love you,” Moselle said to the Angulo brothers watching the ceremony from home when accepting the award. 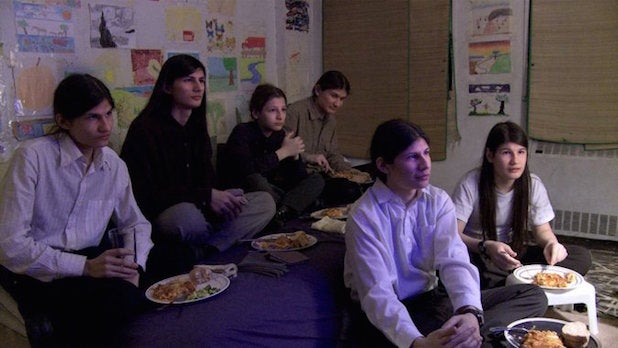