The first clip from the Sundance midnight movie “The Blackout Experiments” has made its way online and it really “pulls you in,” so to speak.

Directed by Rich Fox and produced by Kris Curry, the film follows a group of friends who discover the dark underworld of the ultra-scary, psychosexual horror experience called Blackout. But what starts as a thrill ride through the unknown becomes deeply personal, developing into an obsession that hijacks their lives and blurs the line between reality and paranoid fantasy.

Sundance Film Festival attendees with an appetite for fright would be wise to check out Blackout Park City, which will aim to recreate the terrifying experience. 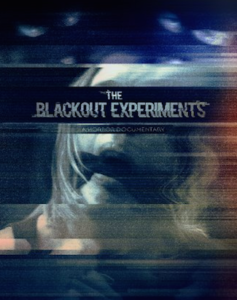 I survived Blackout LA several years ago and it was a thrilling ordeal. I signed a contract giving away many of my rights and entered alone, with no information about what I was getting myself into. At one point, the Blackout staff put a plastic bag over my head while my arms were tied behind my back. I was given a safe word that would stop the experience when uttered, and while I nearly had a panic attack as I struggled to breathe, I made it through. Eventually, I was led to a room where a naked man pushed me onto a bed with a naked woman, with whom he proceeded to simulate rape. When it was all said and done, my next meal tasted incredible, for I felt lucky to be alive — even though I knew Blackout was “fake.”

The clip above follows Abel and Hannah, two brave young people who share their own experiences with Blackout. Hannah says she wasn’t scared, just nervous, while Abel said Blackout “took me into fear.” Watch the video above, if you dare, and be sure to check out “The Blackout Experiments” when the film debuts on Sunday night at 11:45 p.m. at the Egyptian.