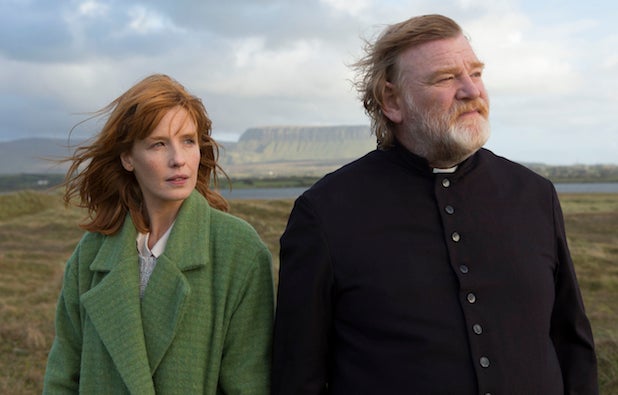 Brendan Gleeson stars as Father James, a good priest who is faced with troubling circumstances when a mysterious member of his parish threatens to kill him. Although he continues to comfort his own fragile daughter (Kelly Reilly) and reach out to help members of his church with their various scurrilous moral – and often comic – problems, he feels sinister forces closing in, and begins to wonder if he will have the courage to face his own personal Calvary.

The film was produced by Reprisal Films’ Chris Clark and Flora Fernandez Marengo and Octagon’s James Flynn, and is an Irish Film Board and BFI presentation in association with Lypsync Productions.

“Brendan Gleeson gives a tour de force performance in a film that John Michael McDonagh has written and directed with perfection, taking us into a world with distinctive characters where the stakes are high,” said Fox Searchlight presidents Stephen Gilula and Nancy Utley.

“We made a great film. In Fox Searchlight, we now have a great company behind us to send that film out into the world. Thank you, Sundance. Thank you, bourbon! Onward,” said McDonagh.

“We were impressed by the passion and commitment of Fox Searchlight towards Calvary, and look forward to the next chapter for the film,” added Clark.

“We’ve found the perfect home for the film and are thrilled to be working with Steve and Nancy and their wonderful team at Fox Searchlight,” said Fernandez Marengo.