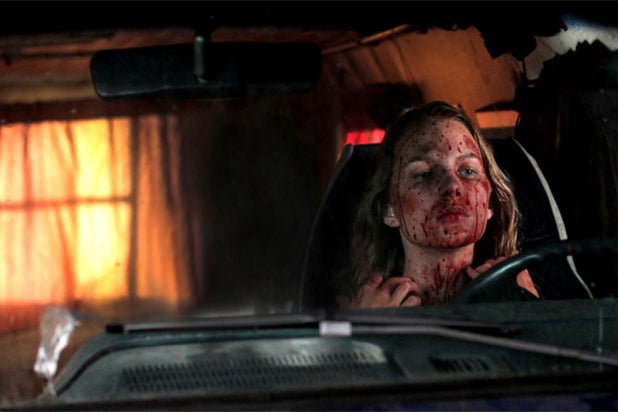 José Manuel Cravioto directed the film, which stars up-and-coming actress Tina Ivlev (“The Devil’s in the Details”) as Eve, a tough young woman fighting to escape a malicious abductor. Richard Tyson (“There’s Something About Mary”) co-stars.

“Reversal” premiered Jan. 23 in the “Park City at Midnight” section of the 2015 Sundance Film Festival and the deal for the film was eventually negotiated by Sean Berney, Manager of Acquisitions for IFC Midnight, with Paradigm on behalf of the filmmakers.

“IFC Midnight is the perfect partner for this film and has a wealth of experience in distributing elevated genre titles,” Dark Factory’s CEO Daniel Posada said in a statement. “We’re very happy to join the IFC Midnight family and can’t wait for U.S. audiences to gain access to this film.”

“Reversal” is the first film under the Dark Factory banner, which also recently filmed “One Shot,” starring Topher Grace and Anne Heche, in Mexico. The production company has lined up another horror film with Cravioto, “100 Cries of horror, which is slated for production this year.

IFC Midnight is a sister label to IFC Films and Sundance Selects, and is owned and operated by AMC Networks Inc.