It’s time again for the Sundance Film Festival, with 2020 marking the independent film festival’s 35th year. This year’s fest runs from Jan. 23 to Feb. 2 and will showcase 118 feature films from 27 countries, short films and documentaries, as well as 20 premieres of hotly anticipated movies.

Just as anticipated are the slew of Sundance pop-up parties, music events, dinners and more — there’s even a spa experience in the mix this year — that make the first long weekend of the festival a swirl of familiar faces wearing big parkas and sturdy snow boots. With a clear but cold forecast for the coming weekend, we’re expecting to see plenty of Hollywood’s hottest stars wandering the Wasatch.

Unless otherwise noted, all events are by invite only and are happening in Park City, so plan your dance card before you even get on the plane to ensure access.

Start your sprint through Sundance season with a quick workout courtesy of Barry’s Bootcamp, with a complementary session taught by one of the firm’s top instructors transported in from Hollywood and New York City. Keep a close eye on the classes, for even Barry’s founder Joey Gonzalez will be leading a few, especially on the first day. With 60 classes in 10 days offered, be sure to book your workout ahead of time.

It’s going to be a terrific week of afternoon music at the 22nd Annual ASCAP Music Café with a fun lineup of musicians hitting the stage. We’re sure that Derek Smalls (a.k.a. Harry Shearer) of Spinal Tap fame is gonna turn it up to 11, while the Bird and the Bee (Inara George and Greg Kurstin) are likely to be more mellow. Also on the docket are Matt Berninger, Barry Zito, ZZ Ward and more. 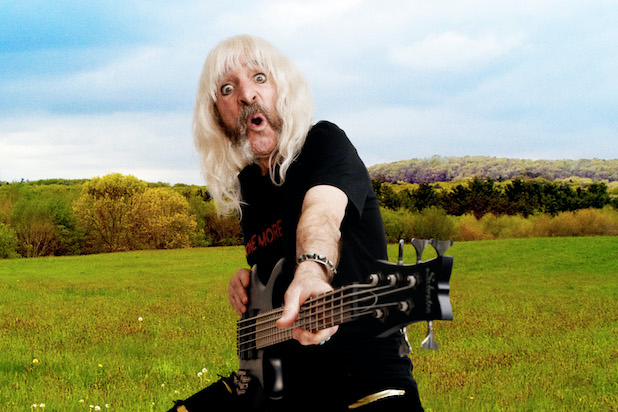 Back for its 16th year as a fixture on the Sundance scene, this year Music Lodge is hosting the AP Festival HQ. Presenting live music every day during the Music Lodge Live! Heineken Happy Hour hosted by Charlie Colin of Train fame, this is a spot where you never know who might be warbling out a tune. Think Sting, John Legend and David Crosby, with Hilary Swank, Awkwafina, Nicole Kidman, Jake Gyllenhaal and other top stars in the mix, too. 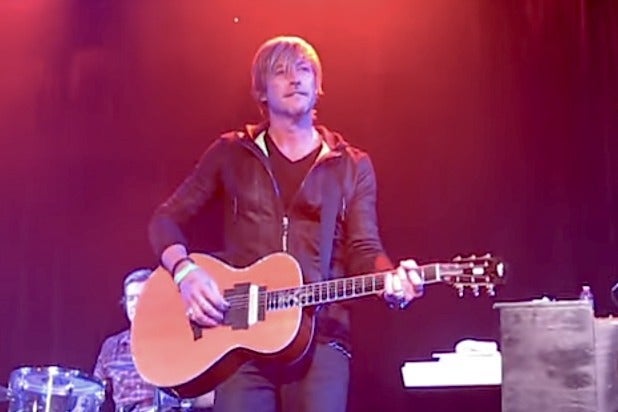 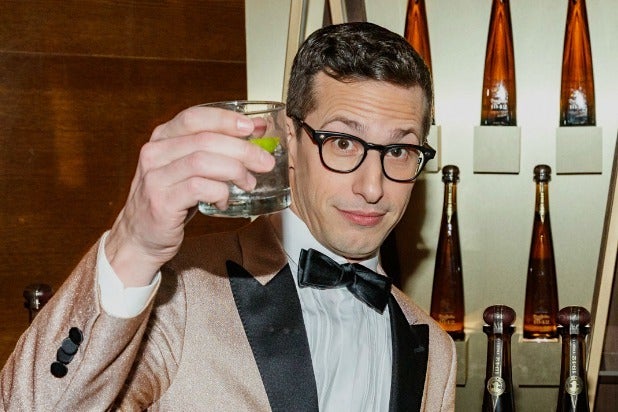 The WarnerMedia Lounge looks like a hotbed of action during the first weekend, with plans for hosting daily luncheons for the numerous stars in its universe (Warner Bros., HBO and Turner), industry panels, post-premiere parties and dinners, too. Plus, at nearby Lateral, WarnerMedia is doing even more, including late-night bashes at this self-described “underground hotspot.”

Celebrating their “commitment to multicultural storytelling, creators and audiences,” HBO, TNT and TBS are packing Friday and Saturday with events. On Friday, the fun begins with the Apres Ski party from 2-4 p.m., hosted by HBO’s Human by Orientation. Celebrating all gender orientations and identities, this one’s a “decidedly queer” experience, they tell us. Later on, the HERstory dinner celebrates black women in Hollywood, with HBO stars Issa Rae, Yvonne Orji, Robin Thede and Lena Waithe breaking bread together. On Saturday, Rae and the rest of the “Insecure” cast will be on hand most of the day at conversations and a dinner honoring the show.

Acura, the presenting sponsor of Sundance for the last 10 years, is back with their village, which features a week of activations, premiere after parties and panels with liberal pouring by Stella Artois beer and High West Distillery spirits. Partaking along the way are the stars of “Four Good Days” (Glenn Close, Mila Kunis, Stephen Root) and “Sylvie’s Love” (Eva Longoria, Tessa Thompson), as well as everyone who comes to the IMDb Studio inside the Acura Village. There, Kevin Smith will host a collection of celebrity interviews and photo ops. 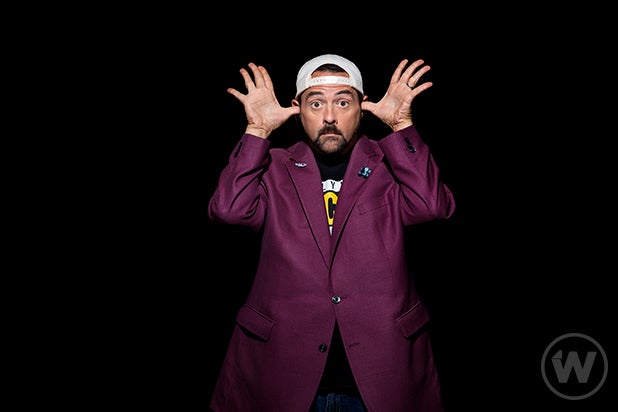 Wellhaus returns to Sundance with its wellness, health and CBD-driven initiatives, offering celebrities and other VIPs an assortment of indulgences during the first weekend, as well as spa treatments throughout the run of the fest. Running in three locations, guests will find free food, beverage and snacks at the café, many infused with CBD. In the lounge, a series of junkets, premiere parties and other experiences will go off all weekend long.

Also Read: More than Half of 2020's Sundance Dramatic Competition Films Directed by People of Color

TAO Group Hospitality rolls out the red carpet for Sundance celebs for the 12th year with its nighttime pop-up at The Yard. Expect lots of familiar faces here, as Casamigos pours plenty of tequila while DJs like Mark Ronson, Brody Jenner & Devin Lucien, Vice and DJ NVM get the dancing going. There’s even an igloo and an ice bar planned. What better way to keep warm than snuggling into an igloo?

Bringing Latinx culture into the spotlight at Sundance for the first time, Latinx House presents a wide-ranging slate of events, ranging from breakfast meet-ups, panels and late-night parties. America Ferrera and Eva Longoria are slated to be in the conversation, along with TheWrap founder Sharon Waxman, who hosts a Sunday afternoon (4:30-5:30 p.m.) conversation focusing on empowering LGBTQ voices in Hollywood. 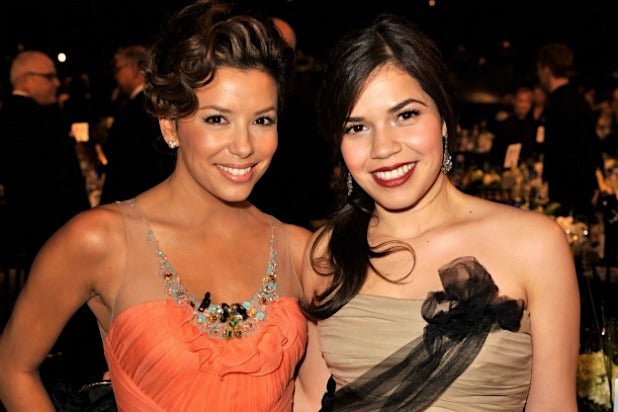 Sundance wouldn’t be much fun without a swag suite or two, a fact that Debbie Durkin knows after bringing her gifting lounge to town for the past 12 years. So number 13 is probably a lucky charm for celebs looking for some goodies to take home. Over the years everyone from Patricia Arquette to Flea have been spotted stopping in to the Ecoluxe Lounge for a little gifting therapy. Sponsors include Modere, Lehi Mills and Chef Bryan Woolley.

One of Sundance’s most-coveted tickets is to the Spotlight Gala, which honors civic activism in the world of arts and entertainment. This year’s honorees include Rachel Brosnahan, Jim Gaffigan, Julie Taymor and Ashley Williams at a dinner and awards ceremony that’s always jammed with star power. Expected to join the fun are Tim Daly, Olivia Munn, Brad Paisley, Gloria Steinem, Rob Morrow, Clark Gregg and many more. 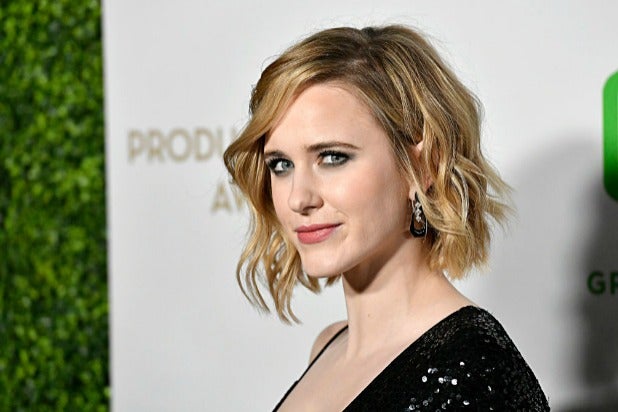 Sundance After Dark returns for another late-night bash on Saturday night with a party tailored to “the next generation of creative leaders,” aka “future power players.” At past parties, that has included Shailene Woodley and Jaden Smith, as well as Usher and Jon Hamm, which means that the over-40 set is on the invite list too, apparently.

Planned Parenthood brings its message of health, wellness and freedom of choice for women to Sundance once again, throwing its annual party that usually draws women of every race and religion. If the past is any indication, expect to see Tessa Thompson, Natasha Lyonne, Danai Gurira, Elizabeth Banks and many more powerful women in Hollywood at the party.

Powerful-U presents the Indie Director’s Spotlight on Sunday, a brunch and panel/screening event that focuses on the works of directors Matty Rich and James Purpura with an afternoon of exploration of how independent filmmakers get their work produced.