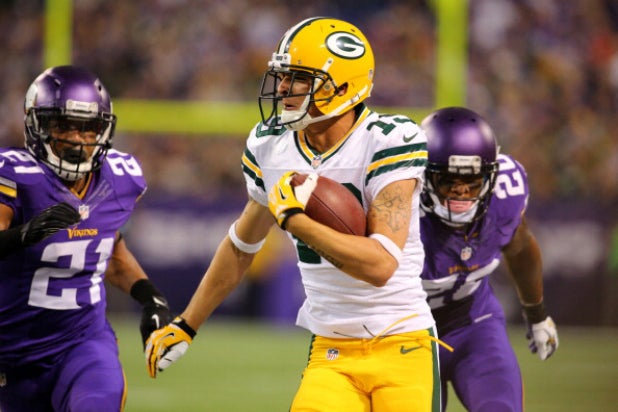 Football fans may still be “waiting all week for Sunday night” — but Carrie Underwood won’t.

The country music superstar will instead be singing a new “Sunday Night Football” theme song for NBC come September, with the network and No. 1 series on broadcast retiring its classic Joan Jett-inspired tune after a decade.

Rather, “Oh, Sunday Night” is a take on Underwood’s 2014 hit duet with Miranda Lambert, “Somethin’ Bad.” It’ll have new football-appropriate lyrics, of course, and even a changed-up arrangement.

Jett’s “I Hate Myself for Loving You” had been previously reworked for the program by numerous artists since 2006, including Underwood, Faith Hill and Pink.

“Sunday Night Football” technically kicks off the 2016 NFL season on Thursday, Sept. 8, with a Super Bowl 50 rematch between the champion Denver Broncos and runner-up Carolina Panthers. Three days later, the show gets its official Sunday start, when the New England Patriots visit the Arizona Cardinals.