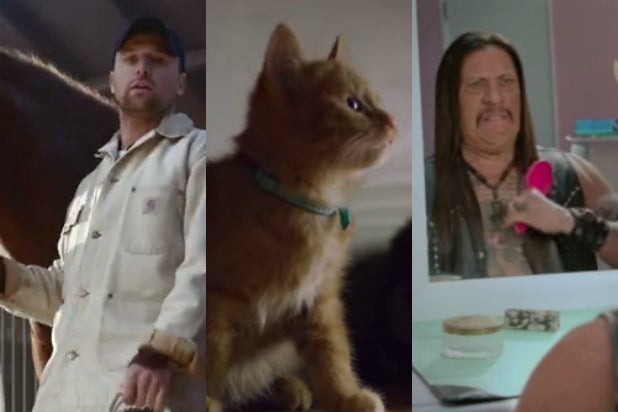 The Super Bowl is over, at least for the NBC ad sales team.

Winter also boasted that his team’s digital efforts have resulted in that platform tripling from NBC’s prior Super Bowl (2012), hitting eight figures. The on-air stuff easily did nine.

As previously reported, 30-seconds of commercial time during Super Bowl XLIX on Sunday are selling for $4.4 million-$4.5 million per slot — record pricing — with the variation depending on the number of units a company purchased.

On Wednesday, Winter explained that there were about 70 national units for sale during . Some quick, conservative math nets that total to some $308 million in total ad sales — and again, that’s just the TV take, though that of course accounts for the vast majority of commercial spot sales revenue.

As of Jan. 7 — the date of Winter’s last conference call — NBC was about 95 percent sold out, with just a handful of units left. The postgame was sold out, the pregame was nearly sold out.

The network was also quite pleased with digital ad sales at the time, with Winter lamenting that he wishes they had more space to move — a sentiment he reiterated on Wednesday. Weeks ago he added that 100 percent of companies advertising on digital — with NBC streaming the big game — are also advertising on air.

“We kind of insist that if you want to pursue our digital assets, you have to have representation on air as well,” Winter said at the time.

On that call, Winter commented that he believes a 30-second commercial really provides a $10 million value “because of all the incremental exposure that the creative receives on all the different social media platforms like YouTube or publicity.” This was another bold statement that he stuck by on the sellout call.

NBC has seen strong buying from the malt beverage, insurance, soft drinks, gaming and apps, and fast food chains. Movies have had “a pretty decent representation,” Winter said earlier in January, while automobile, wireless and other technology companies have underwhelmed in terms of participation. Car company ads are down by about half, he admitted.

This Super Bowl will see about 15 new advertisers, a new NBC record for the contest.