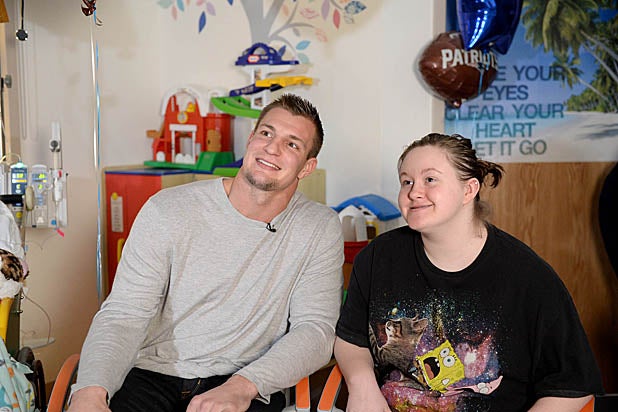 Super Bowl LI between the New England Patriots and the Atlanta Falcons is just five days away — and the biggest game of the year sparks the biggest hunt for tickets.

Prices on Ticketmaster and StubHub are starting out at $2,000 and topping well over $10,000, but luckily one of the biggest players in the NFL, Rob Gronkowski, is offering up two VIP tickets for the Big Game to raise money for Boston Children’s Hospital.

“Every sports fan needs to go to a Super Bowl at some point in their lives,” the Patriots star tight end exclusively told TheWrap.

To grant that wish to two fortunate fans, the former Super Bowl champ has launched the “Gronk Nation Big Game Raffle” to give away to win two SB LI tickets, a travel allowance to Houston (up to $3,000) and hotel stay for two nights.

“I have experienced the excitement of the Super Bowl as a player and spectator,” Gronkowski said.

“I’m pumped to be able to give somebody the chance to win the ultimate Super Bowl package and support a good cause at the same time.”

While he won’t be playing on Sunday due to recent back surgery, the “Madden NFL 17” cover star will be on hand in Texas to cheer on teammates Tom Brady, Julian Edelman and Chris Hogan as they hit the turf at the NRG Stadium in Houston. Gronk was one of the saviors during the Pats’ last Super Bowl victory over the Seattle Seahawks in February 2015, recording 6 catches for 68 yards and a touchdown late in the second quarter.

Meanwhile, Brady is aiming for his historic fifth Super Bowl ring (and ninth for the New England franchise) despite being suspended for the first four games of the 2016 season over the Deflategate scandal, but it was a young fan who asked who was TB12’s hero who really hit him hard during Super Bowl Opening Night Monday.

“That’s a great question,” Brady said. “Well, I think my Dad is my hero because he’s someone I look up to every day.”

He then began to choke up, despite the media circus going on around him, according to Fox Sports. “Yeah, my dad,” the father of three tearfully replied.

Click here to enter the raffle. Entries ranges from $10 to $3,000, five runners up will get signed Gronkowski 87 jerseys.

(Editor’s note: The author of this post is a friend of the Gronkowskis, she’s not allowed to enter this raffle.)