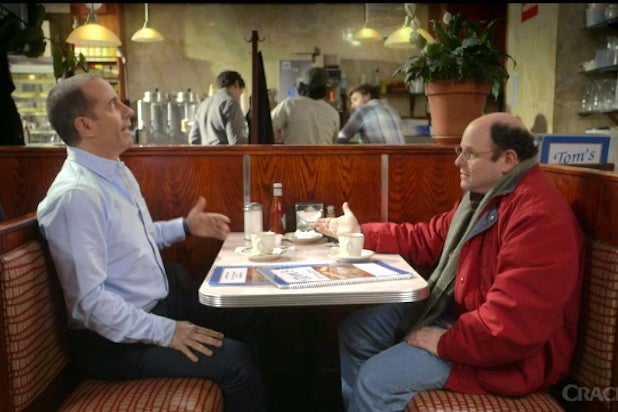 Jerry Seinfeld has spent the last few weeks teasing his “secret project” — one that many assumed would be a Seinfeld reunion during the Super Bowl.

In early-January, as part of a Reddit AMA, Seinfeld alluded to a secret project that he was working on with “Seinfeld” creator Larry David.

Then, a photo taken of Seinfeld and his “Seinfeld” co-star Jason Alexander walking to Tom’s Restaurant, the diner that served as the face of the coffee shop that was so crucial in the series 9-year run, added to the speculation.

Now, we know that all the teases led to yet another reunion teaser during Sunday’s Super Bowl. It featured Seinfeld and Alexander seated in a booth at Tom’s Restaurant. The issue at hand: How did George get banned from the Wassersteins’ Super Bowl party. Newman (Wayne Knight) then shows up near the end with a box of danish.

Not enough? The good news is that fans can get a full six-minute helping of the castmembers together again on a new episode of Seinfeld’s “Comedians in Cars Getting Coffee” on Crackle titled “George Costanza: The Over-Cheer.”

Watch the full episode below:

From Crackle: George Costanza: The Over-Cheer