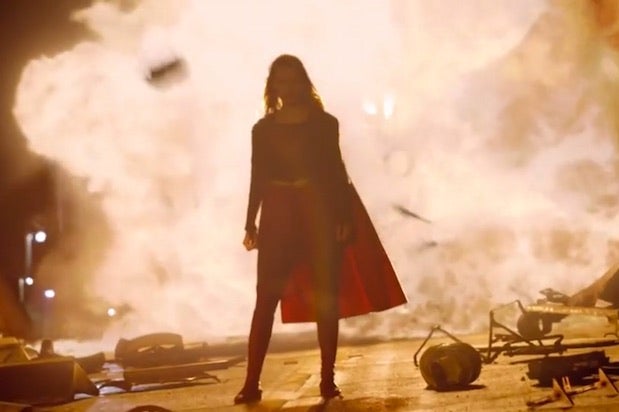 “On my planet, females bow before males,” an extraterrestrial opponent tells the superhero after smacking her to the ground.

“This is not your planet,” Supergirl fires back before following through with a powerful punch of her own.

The bad guy’s name is Vartox, and he’s been hiding out on Earth just like Supergirl, a.k.a Kara, who happens to be Superman’s cousin. She won’t be teaming up with her famous family member, but she will join up with the Department of Extranormal Operations to stop other aliens from destroying the planet.