“Supergirl” has found her Superman. “Teen Wolf” star Tyler Hoechlin will play the Man of Steel in Season 2 of the CW superhero drama.

“Greg and I have wanted to work with Tyler for ages, so this worked out perfectly because Tyler is Superman,” said executive producer Andrew Kreisberg. “We are so thrilled and humbled to add another amazing actor to the legacy of this iconic character.”

Superman’s appearance has been a hot topic for the Melissa Benoist-led show since before it began, with producers previously saying his presence will be felt even if he is not physically seen.

Also Read: Superman to Fly Into 'Supergirl' for Season 2

“He will be a factor in her life, but you won’t see him exactly on screen,” DC Comics chief creative officer Geoff Johns told reporters a year ago. “He’s gonna be more in the background.”

Hoechlin is coming off four seasons as a series regular on MTV’s “Teen Wolf,” and most recently appeared in Richard Linklater‘s “Everybody Wants Some!” He is represented by UTA, Management 360, and attorney Todd Rubinstein.

Take a look at a side-by-side comparison of the actor and the character, below, and let us know in the comment section if you think he’s a good choice. 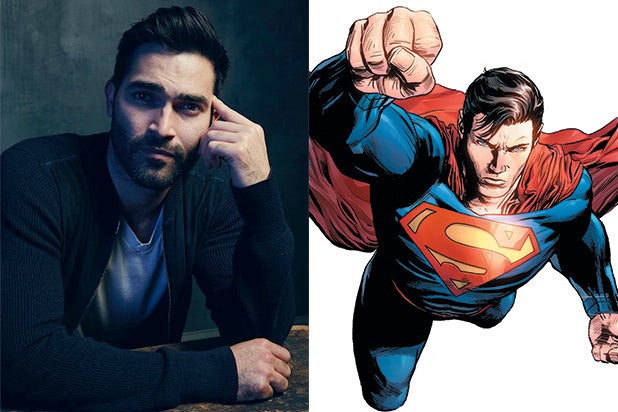 ”Nashville,“ ”Supergirl“ and ”The Mindy Project“ are among the slew of shows that were initially canceled, only to return on a different network