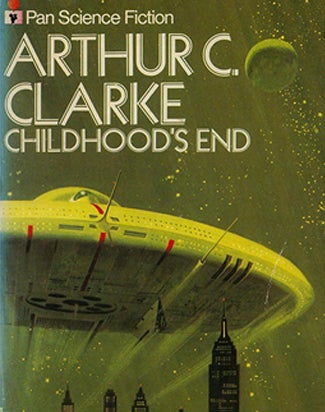 SyFy is turning the Arthur C. Clarke novel “Childhood’s End” into a six-hour miniseries set to air in 2015.

The well respected work of science fiction, published in 1953, follows a peaceful alien invasion of Earth by mysterious “Overlords” who offer a Utopian paradise at the cost of human culture and identity and culture.

“As we aggressively develop scripted programming over a diverse creative landscape, we want our content to reflect the greatest sci-fi stories from the past and the present,” said SyFy president Dave Howe. “The powerful themes of ‘Childhood’s End,’ from the fearsome price of peace and prosperity, to the very question of what constitutes a human being, remain fascinating and timeless.”

“This will be the most ambitious project for Syfy in many years,” he added.

Clarke is best known for writing “2001: A Space Odyssey,” which he adapted into an Oscar-winning film with Stanley Kubrick in 1968.