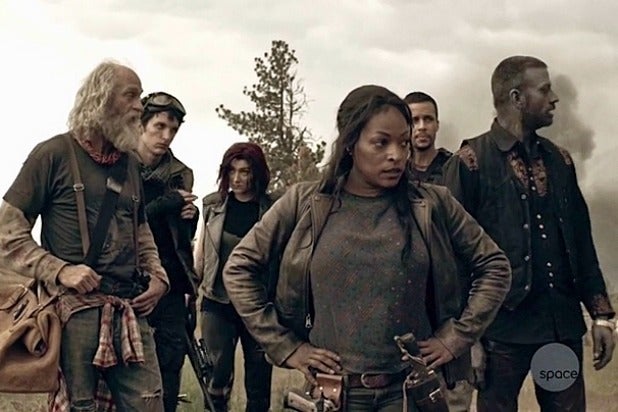 “Z Nation” has not been renewed for its sixth season by Syfy, executive producer David Michael Latt announced in a Periscope video Friday night.

“You guys are our family so we wanted to tell you face to face in person that we were not renewed for Season 6,” Latt told fans, while surrounded by the show’s cast, writers, producers and crew. “We’re stopping at Season 5. We’re very sad, but we’re also really grateful with the opportunities that we had on the show.”

Producer David L. Garber added, “The sad news is ‘Z Nation’ is over, but the good news is we have a show starting in the spring, which is kind of an origin story. It’s called ‘Black Summer.’ It’ll be on Netflix exclusively.”

“Z Nation” stars Harold Perrineau (“Oz”), Tom Everett Scott (“Southland”) and DJ Qualls (“Supernatural”) and takes place three years after a zombie virus has gutted the country. It centers around a team of everyday heroes who must transport the only known survivor of the plague from New York to California, where the last functioning viral lab waits for his blood.

The zombie apocalypse show premiered to robust numbers in 2014, drawing 1.6 million total viewers and made the series — which hails from “Sharknado” producers The Asylum — the channel’s highest-rated acquired scripted series since the 2006 premiere of “Doctor Who.”

Watch the announcement in the video below.