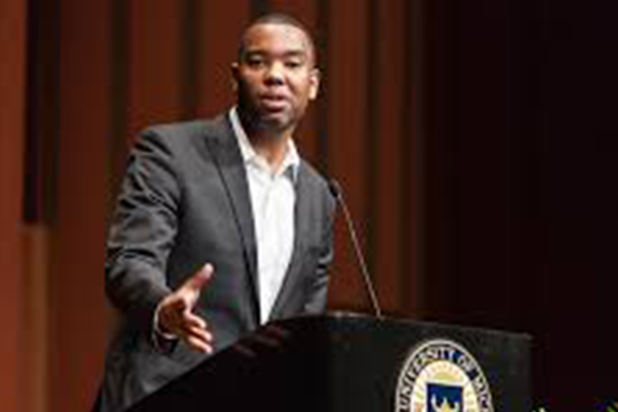 Ta-Nehisi Coates blasted Kanye West in a lengthy new essay for The Atlantic, accusing him of being “shockingly ignorant” and for practicing “white freedom.”

“Like Trump, West is shockingly ignorant,” writes Coates, blasting the rapper for his false assertion that Chicago is “the murder capital of the world.”

“West calls his struggle the right to be a ‘free thinker,’ and he is, indeed, championing a kind of freedom — a white freedom,” Coates continued, before going on to describe his definition of “white freedom.”

Coates then insisted that West’s endorsement of Donal Trump was a betrayal of his fans and that his ignorance over matters like whether slavery was a “choice” could not be excused given the power of his platform.

“It is often easier to choose the path of self-destruction when you don’t consider who you are taking along for the ride,” writes Coates.

Since writing “Case for Reparations” also for The Atlantic, Coates has emerged as one of the media’s most favored cultural critics.

As for West, the rapper has shown no signs of backing off his embrace of Trump. Last week, Breitbart Editor-in-Chief Alex Marlow told TheWrap that he would be keen to publish a column from West if the rapper was ever interested.