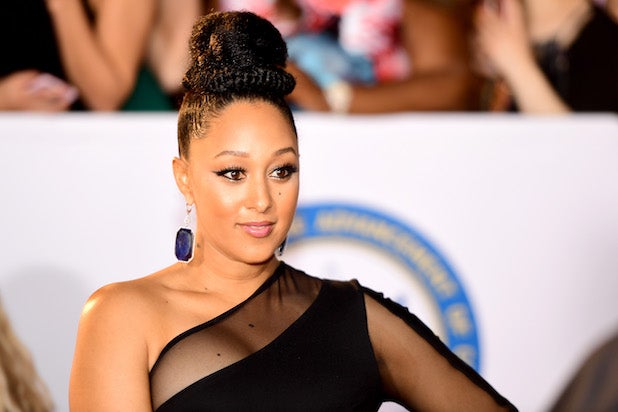 Tamera Mowry is leaving daytime talk show “The Real,” where she had spent seven years.

Hours after an individual with knowledge of Mowry’s decision told TheWrap she is leaving the show to spend more time with family, a Telepictures spokesperson provided the following statement: “We fully support Tamera’s decision to spend more time with her family, even if that means she’s not one of our hosts on ‘The Real.’ She will always be part of ‘The Real’ family.  We look forward to developing future projects with her and welcoming her back as a regular guest on the show.”

Mowry posted about her departure on her Instagram. Mowry had been with “The Real” since its debut in 2013.

“All good things must come to an end, and it’s with a bittersweet smile that I announce that I am moving on from ‘The Real’ To my fellow hosts, I love you, I will miss you, and I will always be there for you,” Mowry wrote.

Also Read: Amanda Seales to Exit 'The Real': 'I Cannot Speak to My People the Way They Need to Be Spoken To'

Mowry becomes the second co-host to leave “The Real” in the past few months. In June, Amanda Seales said she decided to not renew her contract with the daytime talk show. “It doesn’t feel good to my soul to be at a place where I can not speak to my people the way they need to be spoken to,” she said. “And where the people who are speaking to me in disparaging ways, are not being handled.”

I had NO intention to talk about this today, especially in light of the news of my dear friend Naya, but now some reports are coming out and I’d rather you hear it from me first.