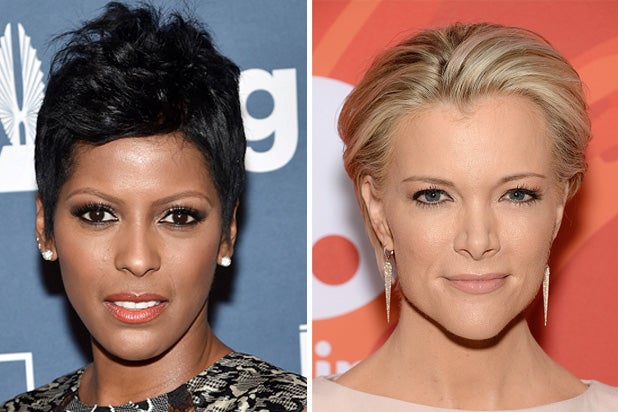 Tamron Hall’s exit from the “Today” show opens the door for Megyn Kelly to step in. Now, the only question is whether the former Fox News star’s new NBC gig will be at 9 a.m. or 10 a.m. ET.

TheWrap has learned that NBC executives informed Hall and the “Today” staff last week that the 9 a.m. hour was being canceled to make room for a new program led by Kelly. Hall was offered a multi-year, multi-million dollar deal to stay but chose to leave and the network announced her departure on Wednesday.

Hall’s contract was up at the end of the month. She made her last on-air appearance on Tuesday after failing to reach a new deal at NBC that would not have included her current “Today” duties, but would have included a role from the 7-9 a.m. period.

Last month, TheWrap reported that an NBC News spokesperson didn’t deny the possibility of Kelly landing on the “Today” show. The rumors are coming to fruition, and Kelly will host an NBC morning show starting in the fall of 2017.

“Today” has had issues with the 9 a.m. hour for quite some time, highlighted by the firing of Billy Bush last October for his role in a hot-mic incident with Donald Trump from his days as host of “Access Hollywood.”

“Today” doesn’t even include the third hour in its ratings releases, sticking to the 7-9 a.m. hours because rivals “CBS This Morning” and ABC’s “Good Morning America” are on the air during that time.

The first two hours of “Today,” hosted by Matt Lauer and Savannah Guthrie, aren’t going anywhere. Roker, who was Hall’s co-host at 9 a.m., will continue to host the 9 a.m. hour until Kelly joins the network and then he will likely have a role during the Lauer-Guthrie portion of the program.

The fourth hour, hosted by Kathie Lee Gifford and Hoda Kotb, is a fan favorite. If Kelly’s new show is at 9 a.m., Gifford and Kotb will likely stay put. If NBC wants Kelly at 10 a.m., then the wine-drinking veterans can simply start an hour early. It’s unclear if Kelly’s show will be a version of “Today,” or a separate format branded around the star host.

“Today” has been plagued by less-than-seamless transitions in the past. Katie Couric famously left the show back in 2006 to anchor “CBS Evening News” and Ann Curry’s tearful on-air departure rocked the media industry in 2012. The drama goes all the way back to 1990 when Deborah Norville didn’t return to the program after taking maternity leave.

Kelly’s was the most-watched female in cable news last year and NBC would’t have lured her away from Fox News unless they had a prominent role in mind.

Kelly’s representatives did not immediately respond to TheWrap’s request for comment.