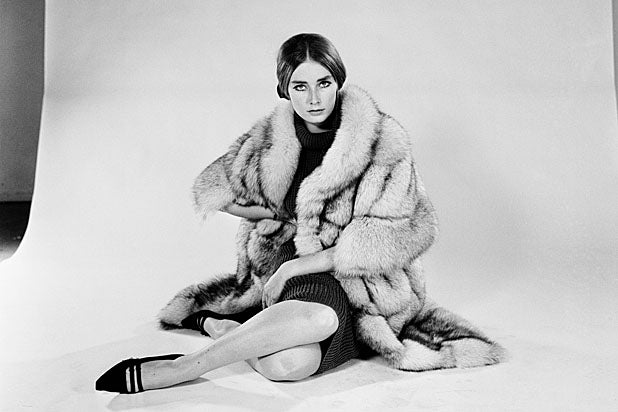 Tania Mallet, the actress who played Tilly Masterson in the 1964 James Bond movie “Goldfinger,” has died. She was 77.

“We are very sorry to hear that Tania Mallet who played Tilly Masterson in GOLDFINGER has passed away,” the official James Bond Twitter account posted late Sunday night. “Our thoughts are with her family and friends at this sad time.”

Mallet was first cousin to Oscar winner Helen Mirren, as her mother and “The Queen” actress’ father were siblings.

Born in Blackpool, England, Mallet was working as a model when she was cast as Masterson by producer Albert “Cubby” Broccoli in “Goldfinger.” She had previously auditioned for the part of Tatiana Romanova in 1963’s “From Russia With Love” but was unsuccessful.

Playing the ill-fated love interest to Sean Connery in “Goldfinger” would be Mallet’s only major film role. Her only other significant acting gig was an uncredited appearance in the 1976 TV series “The New Avengers.”

Masterson was killed during “Goldfinger” in a famous scene when Oddjob (Harold Sakata) hurled his steel-rimmed hat at her. Her onscreen sister Shirley Masterson, played by Shirley Eaton, died of “skin suffocation” after being painted gold head to toe. (An urban legend also claimed, falsely, that Eaton herself died during production.)

Also Read: Idris Elba Says He Won't Be the Next James Bond (Video)

Instead of being lured to H0llywood, Mallet returned to modeling and was an iconic face of the 1950s and ’60s.

We are very sorry to hear that Tania Mallet who played Tilly Masterson in GOLDFINGER has passed away. Our thoughts are with her family and friends at this sad time. pic.twitter.com/gMkqqheGJ7

Unfortunately we must share the very sad news that our dear friend Tania Mallet has sadly passed away. She was a very classy and beautiful lady inside and out. We will cherish the memories of the infamous trips to Holland with her and Eunice. pic.twitter.com/rWENPSWPnA