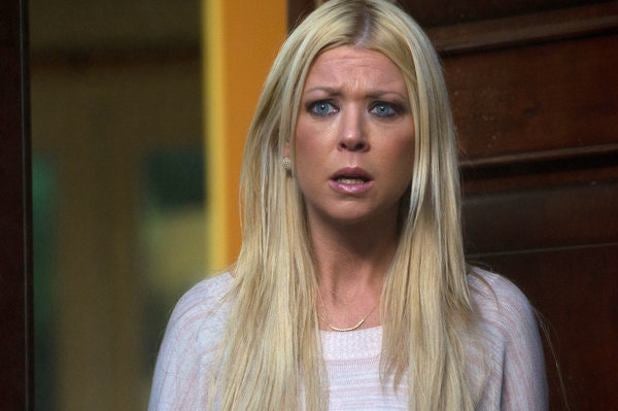 “Sharknado 2: The Second One” isn’t just a sequel capitalizing on the surprise mainstream success of a 2013 SyFy Channel original movie, it’s a warning.

“You know, it actually can happen,” star Tara Reid told GQ. “I mean, the chances of it happening are very rare, but it can happen actually. Which is crazy.”

Reid — most famous for her role in the “American Pie” franchise — compared the potential natural disaster scenario to a common idiom “when pigs fly,” which is used primarily to stress that something can’t actually happen.

“Not that it — the chances of it are, like, you know, it’s probably ‘pigs could fly,'” Reid added. “Like, I don’t think pigs could fly, but actually sharks could be stuck in tornados. There could be a sharknado.”

One would that think that barnyard animals have the same odds (if not more) of being swept up by a tornado as sharks do, which — according to Reid’s logic — means,  yes, pigs can fly.

No matter what kind of animal is being twirled around the sky and hurled at your home, co-star Ian Zierling of “90210” fame wants you to be prepared.

“Get yourself the biggest, badass chainsaw you can find and hope for the best,” Zierling said.

“Sharknado 2: The Second One” premieres on Aug. 21 with newcomers Vivica A. Fox, Mark McGrath and Kari Wuhrer.