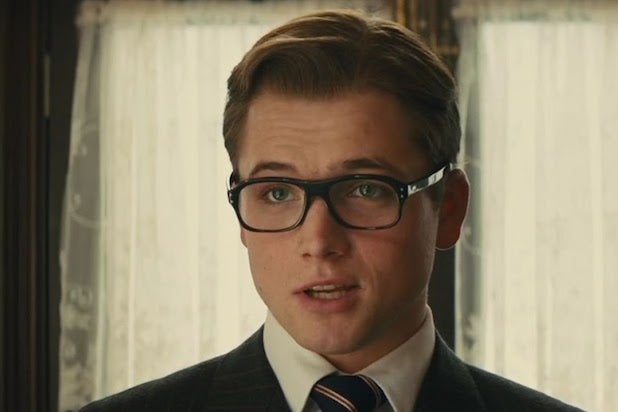 The first trailer is on the way for 20th Century Fox’s “Kingsman: The Golden Circle,” the sequel to Matthew Vaughn’s send-up of spy movies — and in classic “Kingsman” fashion, star Taron Egerton is messing with fans’ heads by releasing it early.

Problem is, the preview has been accelerated to fit in a ten-second frame.

Also Read: 13 Summer Movie Trailers We Love, From 'Guardians of the Galaxy Vol. 2' to 'The Beguiled' (Videos)

Pausing the rapid-fire display of images will show shots of some Central American ruins, intense car chases, The Oval Office, and the phrase “A Proper Spy Movie.”

“The Golden Circle” sees newly-minted Kingsman Eggsy (Egerton) and Roxy (Sophie Cookson), travel with their tech advisor Merlin (Mark Strong) to the U.S. after their headquarters is destroyed by Poppy (Julianne Moore), a criminal mastermind who holds connections to the shadowy organization known as The Golden Circle.

While there, Eggsy and Roxy team up with the Statesmen, the American counterparts to the Kingsmen. While the Kingsmen bear codenames based on the Knights of the Round Table, like Galahad and Lancelot, the Statesmen bear alcoholic codenames, like Tequila (Channing Tatum) and Jack Daniels (Pedro Pascal). Jeff Bridges plays the head of the Statesmen, with Halle Berry as their tech support. Colin Firth and Michael Caine will reprise their roles as Harry Hart and Chester King, who were both presumably killed off in the last “Kingsman” film.