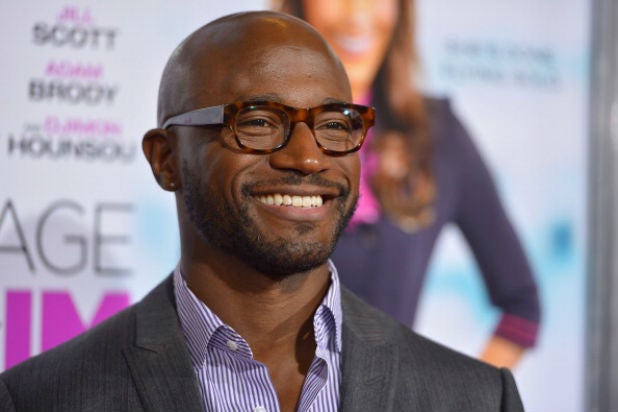 (Spoiler alert: Do not keep reading if you are not caught up on “Empire”)

Taye Diggs has signed on to Fox’s “Empire” for its upcoming third season in a recurring role, TheWrap has learned.

Diggs is set to play Angelo Dubois, a city councilman who comes from an affluent family. He is Harvard-educated and was highly sought after in the private sector, but instead chose to devote his time to local politics and working within the community.

Dubois’ moral righteousness will no doubt put him in stark opposition to the Lyon family, whose schemes and machinations got even more complex at the close of Season 2.

Fans will recall that Lucious (Terrence Howard) and Cookie (Taraji P. Henson) spent the latter half of the second season trying to dodge an FBI murder investigation.

While it seemed like the two estranged spouses would reconcile, that hope was dashed when Lucious was forced to marry Anika (Grace Gealey) in order to keep the government from using her as a witness.

But will that union last? The closing moments of the Season 2 finale saw Anika grapple with Rhonda (Kaitlin Doubleday) near the edge of a building. As it cut to black, we hear a woman scream, but which woman was it?