Director Taylor Hackford disputed financier David Bergstein’s claim that he had been "paid in full" for his work on a Bergstein film, "Love Ranch," and gave the backstory to one of several films that were left dangling for lack of funds. 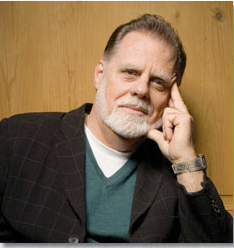 The film is a drama about a married couple who open a brothel in Nevada, and stars Hackford’s wife, Helen Mirren, as the madam. But the film got stuck in the Bergstein litigation, and its fate had been held in suspense. It finally has a release date, but there are still disputes over payments.

In a claim filed last year, the guild said that current DGA President Taylor Hackford was owed $237,500 of his $500,000 salary for directing "Love Ranch."

In an interview with WaxWord this week, Bergstein said: "Taylor Hackford was paid in full."

I asked Hackford what was the reality. He wrote back that post-production was delayed for more than a year because of lack of funds.

"During that time I was owed money, but I focused my energies on trying to finish my film," he 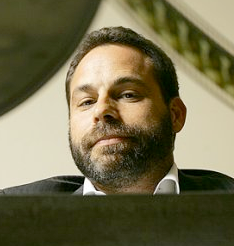 wrote.Then Aramid Capital, another financier, tried to fund completion last summer, but Bergstein’s Capitol Films got an injunction to block that.

"In the ensuing court proceedings the DGA filed for payment of my fee, P&W, interest and late charges.   The court ruled in favor of the DGA’s plea, and Capitol did pay a substantial portion of what was owed me."

But, he added, "As you know, Aramid subsequently foreclosed on the film, and I was able to finish Post in early January of this year.  I am still owed money but am thrilled finally to be able to get a national release date:  July 4th weekend."

3 Miramax Bids In; Is David Bergstein It?