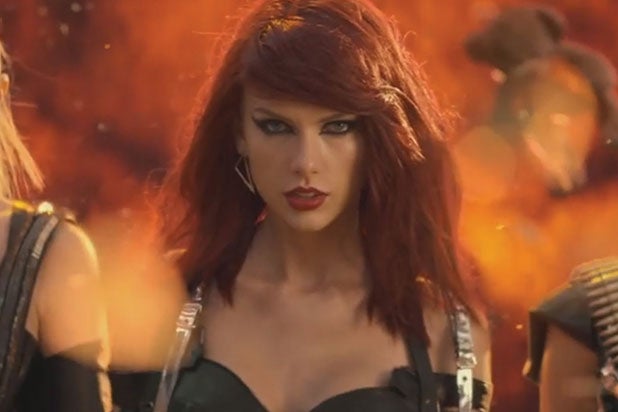 A U.S. District Court Judge dismissed a copyright lawsuit against Taylor Swift on Tuesday, giving the artist who claims the singer stole the lyrics for “Shake it Off” from him a taste of his own medicine.

“At present, the Court is not saying that Braham can never, ever, ever get his case back in court,” said Judge Gail Standish, quoting both Swift’s 2012 hit, “We Are Never Getting Back Together” and her recent song, “Bad Blood.”

“But, for now, we have got problems, and the Court is not sure Braham can solve them,” she continued.

On Nov 2., musician Jessie Braham filed a copyright lawsuit against the pop singer, which sought a hefty sum in damages, along with songwriting credit for her hit “Shake It Off,” because a significantly less catchy song he copyrighted in February 2013 features similar lyrics.

Braham’s song was posted onto YouTube in December 2013. Braham filed the suit in federal court himself without an attorney, asking that the court waive his filing fees because he lost his job in 2006, and hasn’t had one since. The suit names both Swift and her record label, Sony.

Judge Standish continued her dismissal, quoting Swift’s song “Blank Space” from her hit album, “1989,” as well as the song at the center of the entire mess, “Shake it Off.”

“As currently drafted, the Complaint has a blank space — one that requires Braham to do more than write his name,” she wrote. “And, upon consideration of the Court’s explanation … Braham may discover that mere pleading BandAids will not fix the bullet holes in his case. At least for the moment, Defendants have shaken off this lawsuit.”