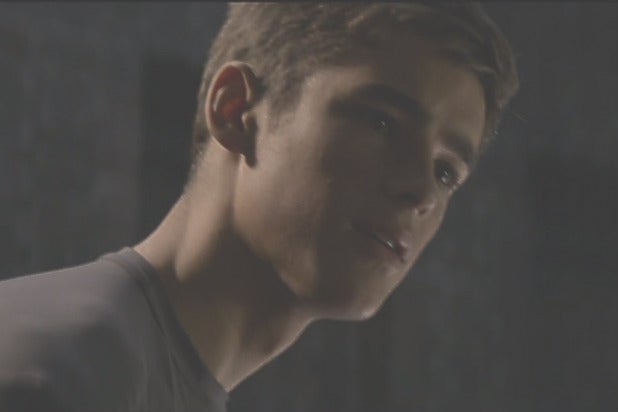 The Weinstein Company has released no less than five new short clips in anticipation of the August 15 premiere of “The Giver.” In them, the major players in the dystopic sci-fi film parlay and make strategic maneuvers against one another.

Based on the young adult bestseller by Lois Lowry, “The Giver” is the story of a society that has moved beyond conflict, beyond emotions, and even beyond color. All except for Jeff Bridges, the Giver himself.

Brenton Thwaites portrays Jonas, the Receiver of Memories, who takes on the burden of all the good and bad memories of society. However, when he decides that the memories need to be restored to everyone, he becomes a threat to the natural order of things, and Meryl Streep, as the Chief Elder.

The clips tease the tension between the Chief Elder and the Giver, as well as Jonas’ growing feelings for Odeya Rush’s Fiona. Yet another clip shows how Jonas’ conviction is impacting others, as Fiona lashes out at Jonas’ mother, played by Katie Holmes, about the richness of life that has been stolen from them all.

Teen angst and love in the middle of a dystopic social upheaval? Sounds like “The Giver” film is trying to tap into the same YA blockbuster energies that permeate “The Hunger Games.” It is a series of four interconnected books, so maybe they’re hoping for a similar franchise.

The most melancholy of the clips features Jonas encountering Taylor Swift’s Rosemary for the first time. The Giver explains to him that she only exists now in a hologram projection, and in his memory. She was to be the Receiver of Memories a decade ago, but things didn’t go well, as the Chief Elder reminds the Giver in the final clip.

Captured together, the 30-second spots (watch them below) are a little disjointed, but they do serve their purpose in making you want to know more about these characters, their interactions, their struggles and their ultimate fate.